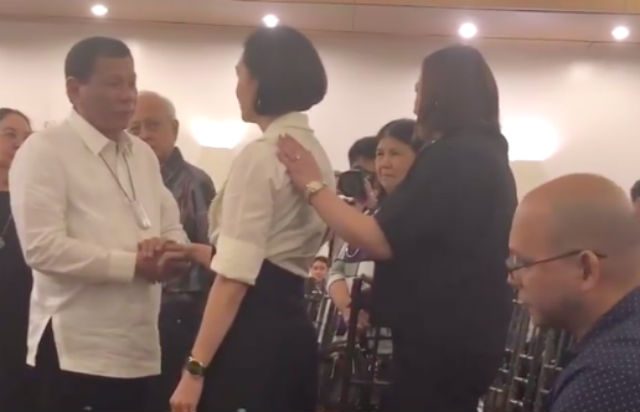 MANILA, Philippines — Gretchen Barretto went to the wake of her father Miguel Barretto, who passed away on October 15 at the age of 82.

“And then, we are complete @gretchenbarretto im so Proud of you. I admire and love you more today #doubleinfinity #thatsmyAte WELCOME HOME.”

President Rodrigo Duterte also paid his respects to the family.

Gretchen had been estranged from several members of her family through the years.

Early this year, Claudine confirmed she and Gretchen patched things up after their feud in 2013. Since then, both Gretchen and Claudine have been spending time with each other. — Rappler.com