Teaser, poster for ‘Elcano and Magellan’ movie draw flak in the Philippines – and rightfully so MANILA, Philippines – Filipinos are fuming online after the poster for an animated movie about “the first voyage around the world” during the Spanish expedition led by Portuguese Ferdinand Magellan and concluded by the Spaniard Juan Sebastián Elcano.

Slated for a January 2020 release in Philippine cinemas, the animated film features the Battle of Mactan between Lapu-Lapu and Magellan. Lapu-Lapu is remembered as the first Filipino to resist Spanish rule. Magellan died as a result of the battle.

The poster for the animated movie features Elcano front and center with Magellan behind him to his left. To his right, a woman, presumably a pre-colonial Filipino woman, stares as Elcano lovingly. Lapu-Lapu is featured in the lower half of the poster with Spanish ships in the background.

Another version of the poster, uploaded on film maker Dibulitoon’s official website, does not highlight Lapu-Lapu or the Battle of Mactan at all. 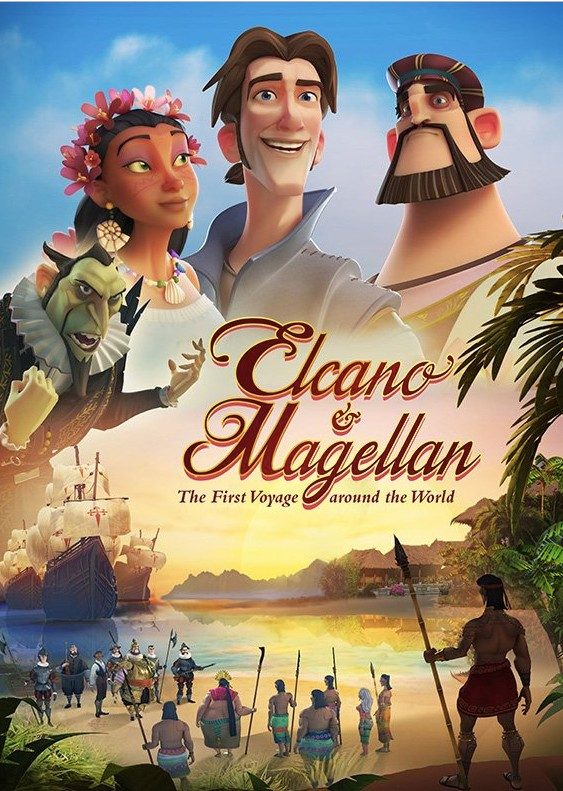 According to their website, Dibulitoon “is an independent production company renowned nationally and internationally which began operating in 1991.” It is based in Irun, a town in the province of Gipuzkoa in the Basque Autonomous Community, Spain.

Immediately following Spanish colonization, however, the Philippines was placed under American rule.

There's an animated movie about Magellan and just… YIKESSSS.

Portraying lapu-lapu as a villain when he was just protecting our land??? and magellan and that bootleg flynn ryder is the good guys??

this film is gross https://t.co/IqcInyvfbU

Here are other reactions on social media:

ok but why does magellan look like the son of flynn rider and gaston from beauty and the beast https://t.co/ZzlULtFxRC pic.twitter.com/l0jyOsMoEg

I really hope they include the part where Magellan and his forces jumped from their boats in full armor like total idiots and were slaughtered because they didn't know how to fight in water. Great hero moment https://t.co/0pfmNXImRm

Please do not, under any circumstances, support the Elcano and Magellan movie. It protrays colonizers in a good light, like they're the heroes when Magellan brought suffering to the native Filipinos. And it also portrays the natives (especially + pic.twitter.com/OyhO1Z8JJW

hello, non-filo oomfs!! i highly advise you to not support the animated magellan movie that is likely to come out!! not only is it glorifying a white man who tried to colonise our country but they made the man he fought, who protected his people and land, the antagonist

Crystal Sky Media, the local distributor of the movie, has since set its Twitter account to private. Its Facebook page no longer has the poster for the movie on its feed. – Rappler.com