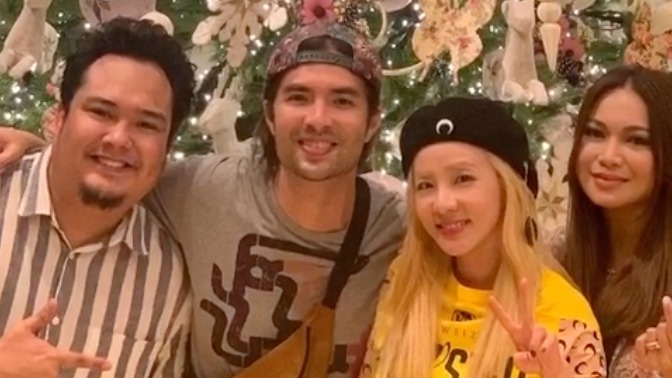 Raphael posted a photo of the OG group, along with Joross’ wife Katz, posing in front of a Christmas tree at Discovery Primea, Makati City.

Joross also greeted Dara on Instagram with a video of throwback photos, and a clip of the group singing Happy Birthday to Sandara over dinner, while an acoustic version of PSY’s “Oppa Gangnam Style” played in the background.

“Happy Birthday @daraxxi its been more than 15 years of friendship you know our wish for you,” Joross wrote, adding a wink emoji beside a ring, groom, and bride emojis.

She was involved in various endorsements and TV stints afterwards, until she left the Philippines in 2007 to return to South Korea. In 2009, she debuted in K-pop sensation 2NE1 as Dara.

In 2016, she joined the roster of judges for ABS-CBN’s reality talent show, Pinoy Boyband Superstar. She is currently based in South Korea, but visits the Philippines from time to time. – Rappler.com