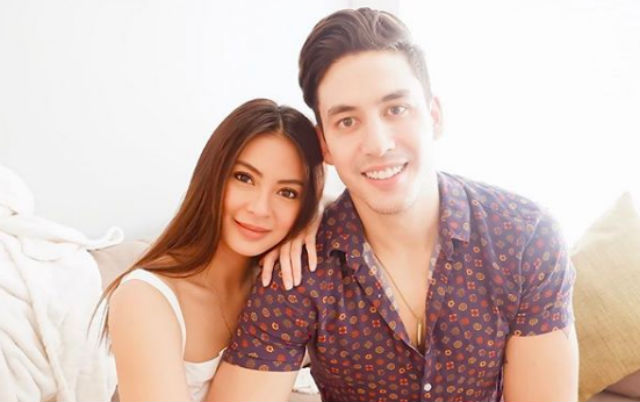 In an interview with Pep, Sam said that Anthony proposed to her during their trip in Australia last August. According to the actress, she already had a feeling he was going to pop the question.

“I kinda felt it because, ‘Oh, we’re going to Gold Coast this weekend. You have to wear something nice,'” Sam said in a mix of English and Filipino.

She then took his advice and later got surprised when a limo picked them up and brought them to the pier. They then took a helicopter ride.

“So, we went around Gold Coast.”

“It’s so nice pala up there. You can see the full stretch of Gold Coast and the beach and the big waves. And then after that, sabi niya (he said) ‘Wait, meron pa, meron pa!’ (Wait there’s more!)”

“In the same dock, sa dulo naman, may gondola ride pa (in the end of it there was a gondola ride).”

It was during the gondola ride that Anthony proposed to her. Sam said she just started to cry.

Sam said they will share snaps from photo shoot after the engagement soon.

The wedding is scheduled two years from now since they are giving way to Anthony’s twin brother David and his fiancee Gwen Zamora. David and Gwen welcomed a son, Cooper last August.

Sam and Anthony have been together for a year and two months. – Rappler.com