WATCH: Julia and Claudia Barretto open up about love, family, and controversy 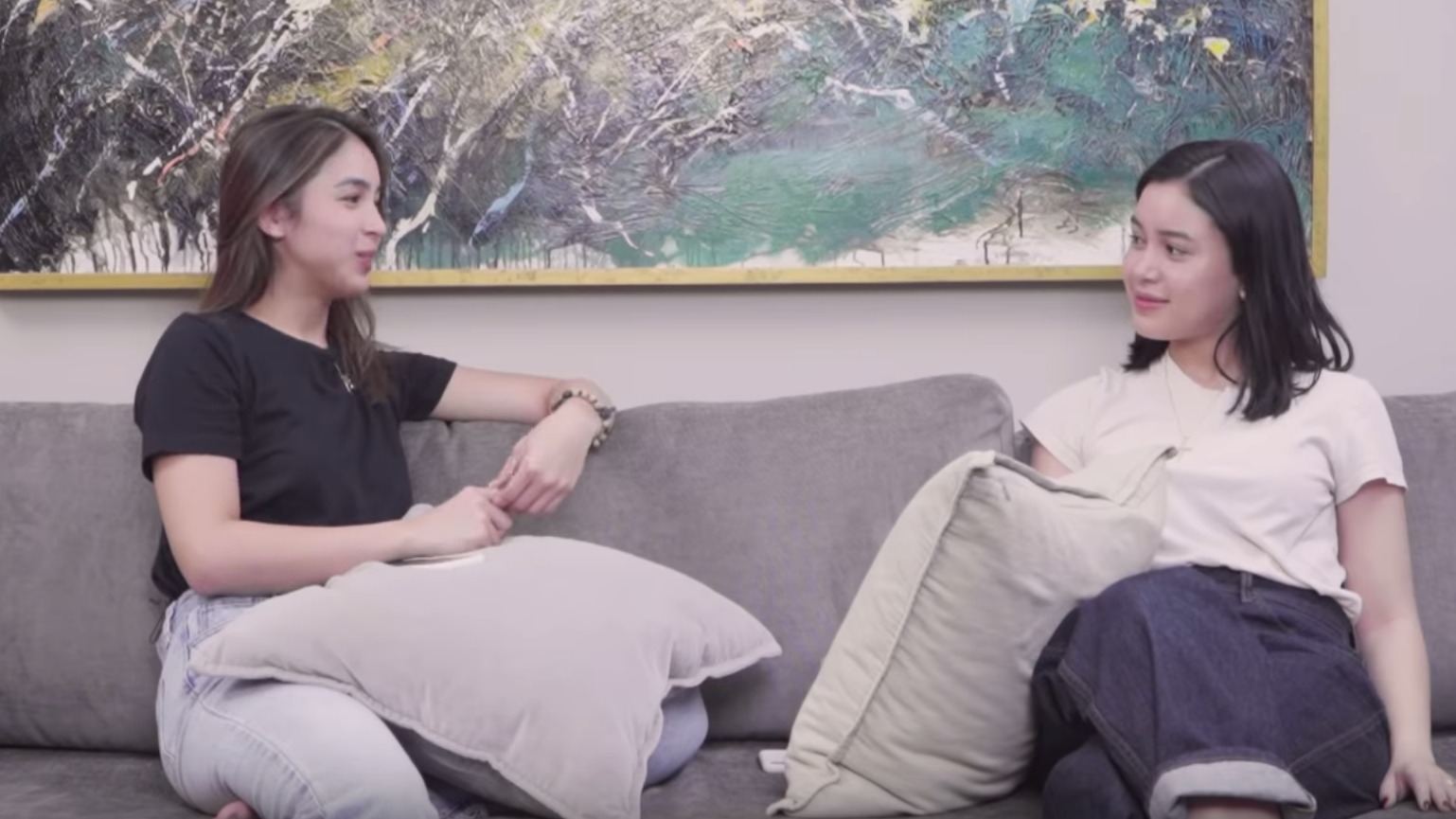 MANILA, Philippines – Julia and Claudia Barretto got candid in a video for Julia’s YouTube channel, where the two answered questions they’ve never asked each other before.

In the course of the sisters’ conversation, the two talked about their mom, their siblings, relationships, and dealing with controversy.

One of the first questions Julia asked Claudia was: “What do you feel every time I’m caught up in a controversy or you hear rumors about me?”

Claudia said that it makes her angry, “because I know you, and I know your heart, and I know your intentions, and because people do not understand you the way that I do, sometimes it surprises me how they can say certain thigns about you when they don’t really know much.”

“Even when you are so publicized because of your work, it still doesn’t capture half of what you are, and that’s how I feel about everyone else in the family,” she said.

Julia was recently involved in a showbiz scandal, when she was alleged to be the third party in the break up of Gerald Anderson and Bea Alonzo – which the actress has vehemently denied. At the height of the controversy, Julia was hit by a wave of bashers online.

Julia said that sometimes, she starts to believe what other people say about her when they say it so consistently, to which Claudia responded: “When people have opinions about me that aren’t true, it affects me but I don’t let it have an effect on me.”

“I feel everything so deeply but I don’t let it change me. You can only let opinions change you when it’s constructive,” she said.

Claudia then asked her sister if she thinks she lives a meaningful life – to which Julia answered that she believes she does, because she gives to her family as much as she can.

“So whatever I could give, whatever I could share, whatever good thing I could put out there, I do. That’s the challenge I think for the rest of my life, because I wanna grow old and I wanna look back and know that I really did live a full meaningful life, that I was able to do something good,” she added.

Claudia agreed, and got emotional when she told her sister: “Whenever you feel like you can make anyone’s life easier, you do it, and you’re so young.”

“Like most people I know your age, or my age, they don’t go through half the things we go through,” she said. “I think you’re living a meaningful life so far.”

The sisters also spoke about the influence their mom Marjorie has had on their lives.

“I cannot imagine my life without mom,” Julia said, as Claudia added: “She’s the one person that I know that can carry the most difficult conversations with such grace.”

“And I just don’t know how she’s still standing up on her two feet, like it’s insane,” Julia said.

Claudia said that instead of “fighting battles that are not worth it,” their mom focuses on their family’s happiness.

“Like I told you before, instead of acting upon the painful things and responding to painful experiences by battling it with other painful experiences, instead of fighting battles that are not worth it, what she does is she exhausts her energy and her time on things that will make her family happy,” Claudia said.

Marjorie has been caught in a longstanding feud with her sisters Gretchen and Claudine, which came to a head when she refused to shake Gretchen’s hand at their late father’s wake.

Following the wake, the older Barretto sisters publicly aired their sides of the story, with Marjorie addressing various accusations made by Gretchen in an 18 minute tell-all interview on TV Patrol. – Rappler.com