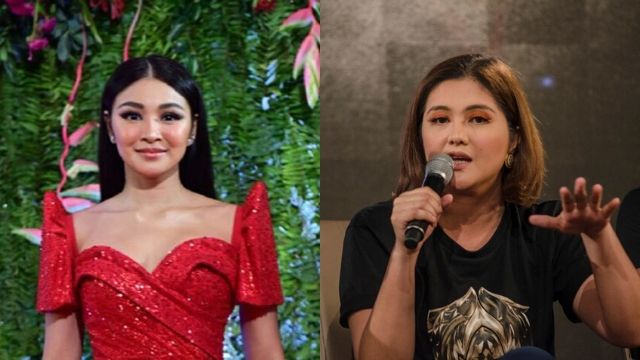 MANILA, Philippines – Nadine Lustre and Dimples Romana will be attending the gala of the 2019 Asian Academy Creative Awards (AAAs) in Singapore, after being revealed as regional winners in their respective categories.

AAAs are excited to announce that the Philippine’s Nadine Lustre will be attending the 2019 Gala Final! Nadine is up for the Best Actress in a Leading Role award and she will be gracing the E! Red Carpet as well! Make sure you are there to support Nadine and your favourite Actors & Actresses at Singapore’s Victoria Theatre with the AAA Fan Zone Pass. Tickets are super limited and there is only 1 week to go! Click on the link to purchase yours: https://eventnook.com/event/register/69428/fz (Link is also in bio). #NadineLustre #JaDinefans #JaDine #asianacademycreativeawards #AACA19 #AAAtv #galafinal #redcarpet #celebrity #BestActressPhilippines

We can’t wait to see @dimplesromana when she walks the Red Carpet at the Gala Final next week. (And we know you are excited too!) If you want to support Dimples on the Red Carpet AND at the Gala Final where she is up for the Best Actress in a Supporting Role award, then go to the link in our bio.. #asianacademycreativeawards #dimplesromana #philippines #filipinaactress #ohdani #bestactressphilippines #galafinal #redcarpet

A post shared by Asian Academy Creative Awards (@asianacademycreativeawards) on Nov 26, 2019 at 12:38am PST

As regional winners, they are in the running to win the international award for their respective categories .