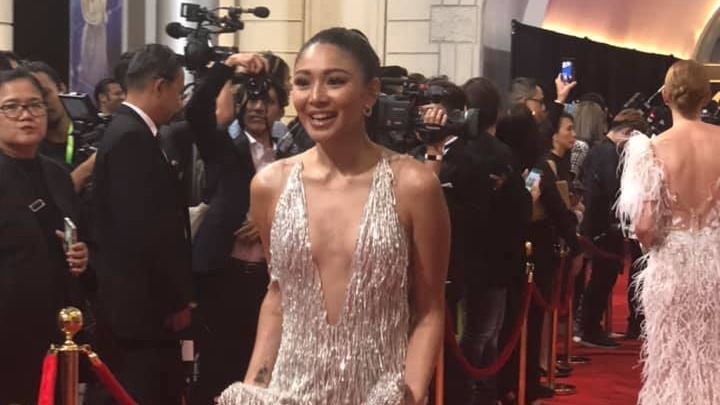 MANILA, Philippines – If there’s anyone who knows how to turn heads on a red carpet, it’s Nadine Lustre – and she proved it when she attended the gala night of the Asian Academy Creative Awards on Friday, December 6.

The gala was held at the Victoria Theater in Singapore. On the red carpet, she dazzled in a silver beaded Michael Leyva number. She wore her hair in a high ponytail, and said that she did her own makeup for the night.

Isn't she stunning in her beautiful dress? Let's give it up for Nadine Lustre #AAA2019 #AACA2019 #AsianAcademyCreativeAwards #RedCarpet #GalaFinal pic.twitter.com/bq52ZEbg8u