Vice Ganda to MMFF movie critics: ‘Can you imagine Christmas without comedy?’ 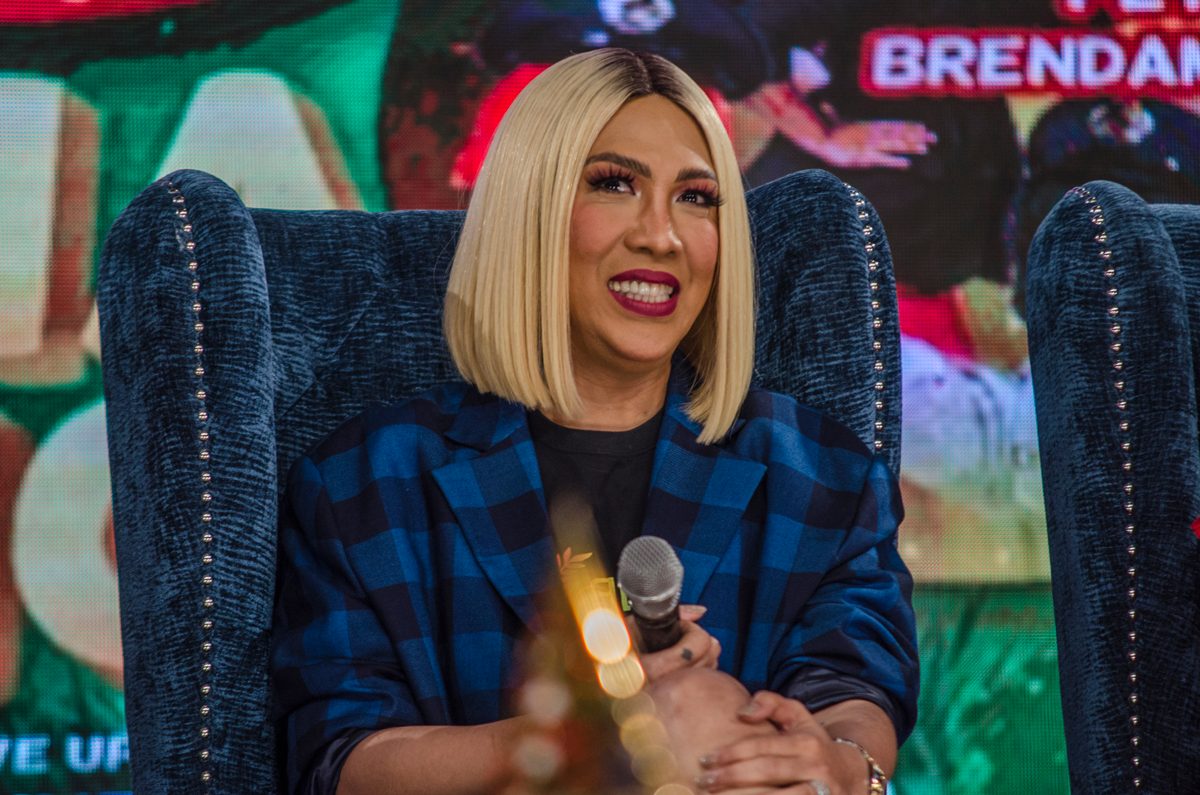 MANILA, Philippines – Vice Ganda defended the inclusion of comedy in the Metro Manila Film Festival (MMFF), saying the genre is just as important as others.

The star of The Mall, the Merrier was answering a question about the consistent inclusion of Vice Ganda films in the festival. The Mall The Merrier is Vice’s 7th straight MMFF movie since 2012.

During the press conference of the film on Monday, December 9, Vice asked the press why people watch comedy in the first place.

(You can’t not have comedy in our lives. It’s impossible for comedy not to be part of Christmas. Can you imagine Christmas without comedy?)

Vice said it was important to call out those who’ve been looking down on comedy by calling out the inclusion of the genre in the MMFF.

(We should call them out – it’s wrong to look down on comedy, to question the importance of comedy in film and in life in general.)

“Sa tulong niyo [referring to the showbiz media], maaring maipakilala, ipaliwanag n’yo sa kanila kung bakit mahalaga at legit ang comedy especially sa pasko.  (With your help, you can show, explain to them why comedy is legit and important especially during Christmas.) In The Mall, the Merrier, Vice teams up with Anne Curtis. They play siblings Moira and Morisette who are always constantly fighting over the mall they run. One night, Moira discovers a magical book that turns the mall Christmas decors into real-life people.

The Mall, The Merrier is directed by Barry Gonzalez and opens on December 25. – Rappler.com