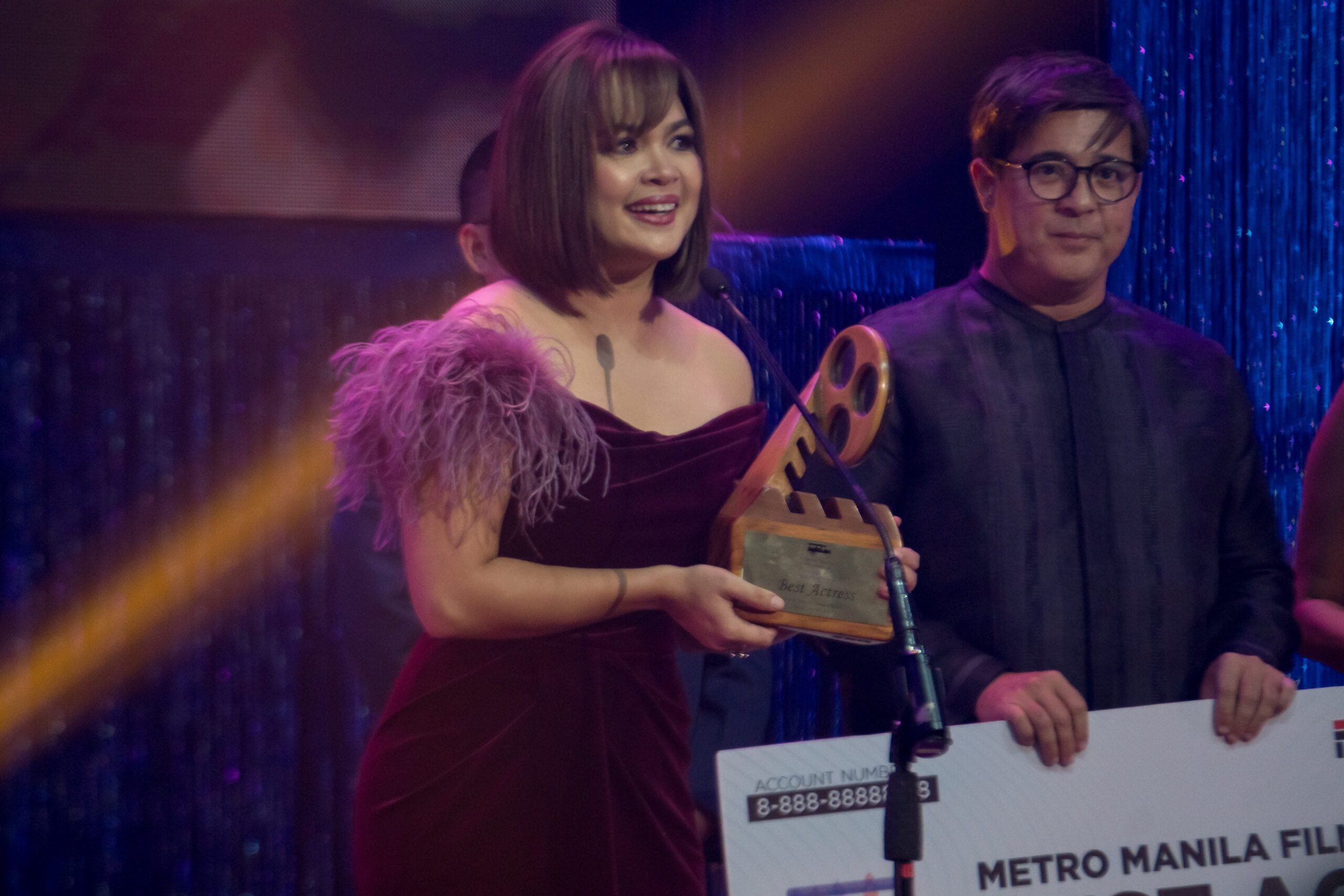 MANILA, Philippines – It was a big night for Judy Ann Santos and the cast of the movie Mindanao as they won the top awards at the Metro Manila Film Festival Awards Night 2019 on Friday, December 27. (FULL LIST: Winners, MMFF 2019 awards night)

This is the second acting award Judy Ann has recieved for the movie. She won the Best Actress Award at the Cairo Film Festival last November.

(It’s been long since I’ve done this. I kind of miss it. Thank you so much to the people behind MMFF, MMDA and to the whole cast behind Mindanao. Direk Brillante, thank you so much for sharing your talent with me. I will forever treasure this. This is an experience I will never get tired of sharing over and over again.)

(Direk, I guess Allen and I can use the P200,000 already and hopefully the movie earns already. Merry Christmas. This is such a wonderful end to my 2019. It’s a beautiful year. To God be the glory.)

(Lord this year has been great. I am beyond grateful. Thank you so much to the people behind MMFF, MMDA for this award. To the whole team of Mindanao, congratulations for bagging 11 awards. Direk Brillante, thank for the opportunity to wokr with you. I will be forever grateful to you for the role of Saima.)

In Mindanao, Judy Ann plays a mother who takes care of her child with cancer as she waits for her husband (Allen Dizon) to come home.

The movie was earlier screened at the Busan Film Festival in October.