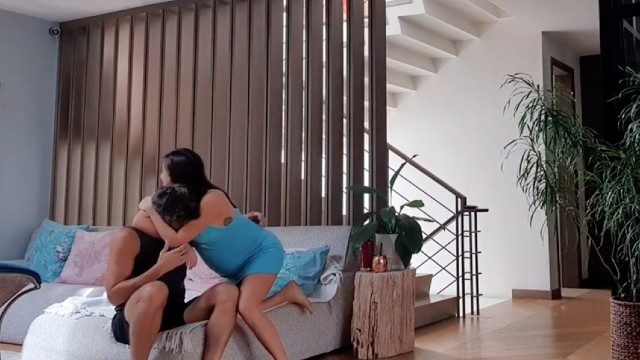 MANILA, Philippines – If you’ve been on social media, you’d know by now that actress and artist Solenn Heussaff and her husband, businessman Nico Bolzico, make for a very colorful pair on your feeds.

An ongoing gag of theirs, for instance, is how often Nico plays pranks on Solenn.

Over the 2019 holidays, however, it seems Solenn has finally found a way to stump Nico – and, in a way, test is he’s ready for when she gives birth (spoiler alert: he has a lot to work on).

In an IGTV video posted on Nico’s account, Solenn, dressed in pambahay clothes, proudly declares that it’s “payback time” for all the times her husband has pranked her. The gag? That her water’s broke and that she’s about to give birth.

In true Nico Bolzico fashion, the Argentinian businessman is frazzled; a huge chunk of the video is Nico scrambling to look for the hospital bag – which Solenn has, of course, already packed and prepared. “The hospital bag is… things to bring to the hospital,” Solenn, trying to conceal her laughter, tells Nico.

Her husband eventually “finds” the bag – although it’s arguably not the one she’s prepared.

“You’re not prepared… obviously,” said Solenn, in between fits of laughter.

Solenn and Nico married in France in May 2016. They have been together since 2011. They announced that they were expecting their first child, a baby girl, in August.

Nico had earlier talked about how much he’s grown to admire Solenn even more as she goes through the ups and downs of pregnancy.

Solenn is expected to give birth any time now. – Rappler.com