MANILA, Philippines (UPDATED) – The new decade is also a new start for James Reid and Nadine Lustre – without each other.

On January 20, the couple confirmed that “after quiet and mature conversations,” they’ve decided to split up and “focus on ourselves.” On January 1, showbiz publication Pep.ph, citing an unnamed source, said the two called it quits because of “irreconcilable differences.”

The confirmation comes after weeks of speculation and their fans insisting that the rumors weren’t true, debunking reports by unearthing photos of the two spending the holidays together.

And while the two have, thus far, closed this chapter of their life, they’re still undeniably one of the most beloved celebrity couples in the country.

Here’s a look at their relationship through the years:

Nadine – then known as a former member of the girl group Pop Girls – first played James’ leading lady in his music video for the song “Alam Niya Ba,” which was released in August 2013.

The video isn’t even 4 minutes long, but it was enough for people to catch on to the pair’s chemistry. Within a year, they would end up starring in two films together (Diary ng Panget and Talk Back You’re Dead) and sign exclusive contracts with ABS-CBN. The JaDine fever really began to take hold when the two starred in the teleserye On The Wings of Love. The show first aired in August 2015, and ended in a grand two-part finale with a live viewing party on February 26, 2016.

It was at the height of the JaDine craze that James and Nadine first came out as a real life couple. On February 20, 2016, at their Jadine in Love concert, fans lost their minds when James told Nadine that he loved her – for everyone to hear. He later confirmed in an interview with Bandila that he meant it.

According to Viva Entertainment’s publicity team, the two officially became a couple on February 11, 2016.

About a year into their relationship, Nadine gave birth to a meme when she responded to questions of her moving in with James with a now immortal line: “Come on guys, it’s 2017.”

She later said in 2018 that moving in together with one’s boyfriend shouldn’t be an issue anymore. The couple took a break from the big screen for a year, and came back all grown up in Antoinette Jadaone’s Never Not Love You, where they played a couple trying to juggle their career, their dreams, and their relationship. The two made quite an entrance at their first ABS-CBN Ball appearance, slaying the red carpet in fierce all-black outfits that showed just how far they’ve come from their wholesome OTWOL days.

Nadine has managed to dodge the question of their living situation for years, but it took one conversation between James and Vice Ganda to confirm that they have, in fact, been cohabitating.

“Well, we live together, so,” James said casually after Vice asked him about how they keep their 3-year relationship fresh. 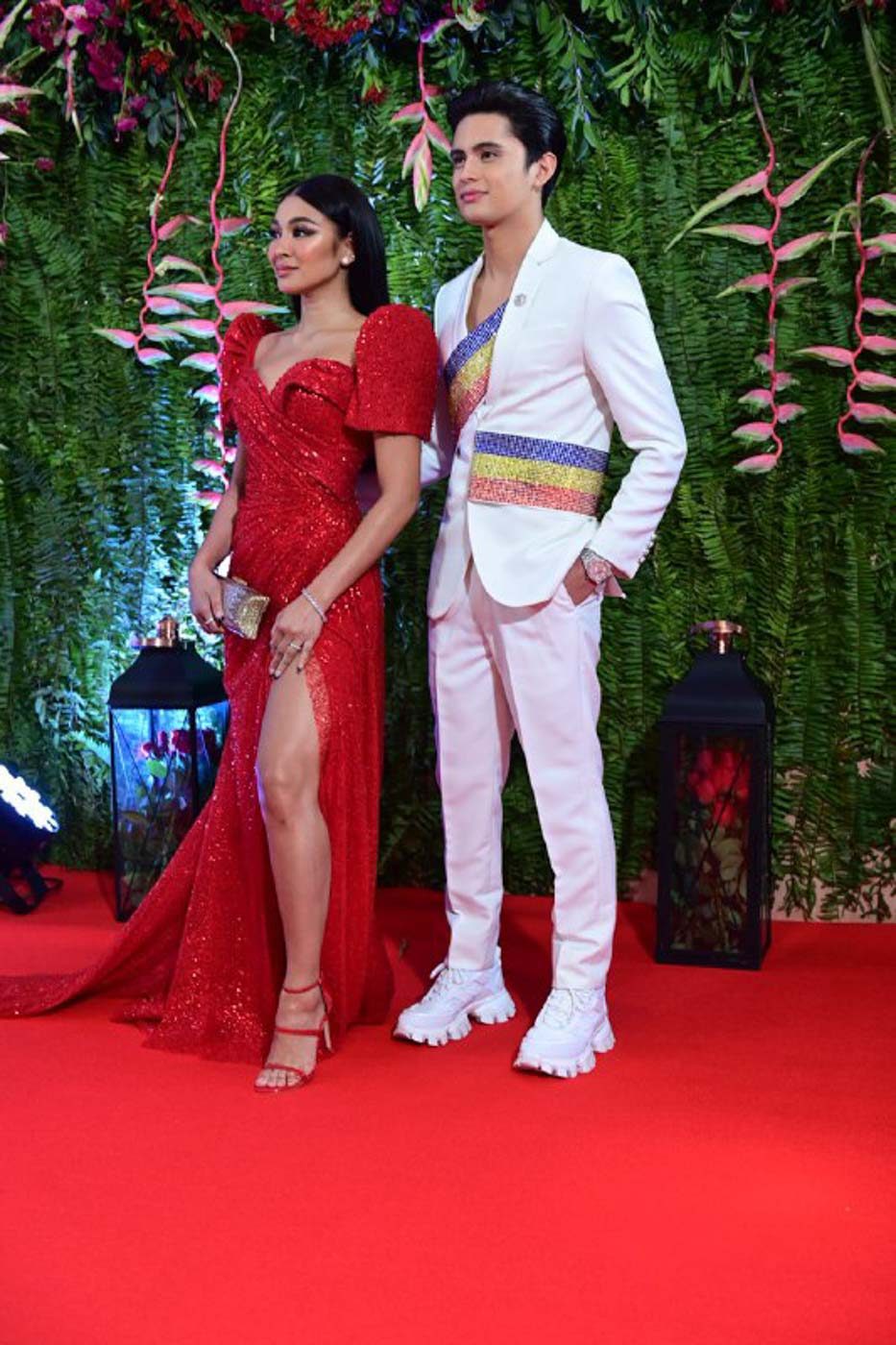 2019 was definitely the year that James and Nadine’s careers took separate paths. Ulan, Nadine’s first movie without James premiered in March 2019, to be followed by another solo film, Indak, in August 2019.

Meanwhile, James left Viva Artists Agency, which managed him and Nadine for years. He is also working on a TV series with Momoland’s Nancy McDonie. Despite their careers seemingly diverging, the two gave hope that they would continue to work together when Nadine signed as one of the artists for James’ music label, Careless in December.

James and Nadine may have been curiously absent from each other’s social media feeds throughout the holidays, but James himself said in an interview with ABS-CBN on December 31, 2019 that he would be spending New Year’s Eve with Nadine in Rockwell, Makati.

They also travelled to Brazil together and even hiked a mountain with friends before ultimately confirming that they had called it quits. The two said they are on “good terms” and are still “really good friends” and will continue to work with each other. – Rappler.com