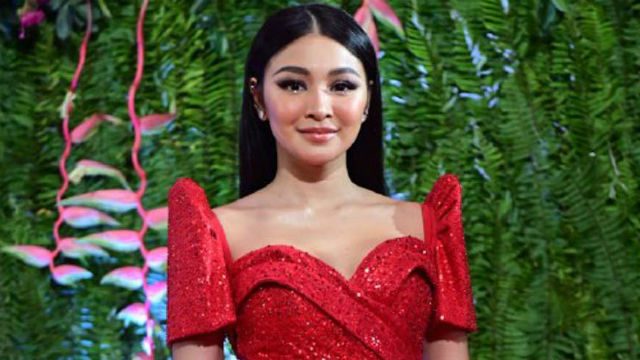 MANILA, Philippines – Actress Nadine Lustre denied on Sunday, January 5, rumors that she’s broken up with on- and off-screen partner James Reid, while slamming Philippine Star writer Ricky Lo for his column where he confirmed the rumors

“First off, that was so low,” Nadine said in an Instagram story on Sunday, January 5. She tagged both Ricky Lo and the Star.

“Second, none of what you said was true and it is never okay to use someone’s mental situation/tragic past just to prove a point. Mental illness is a very sensitive matter.”

Nadine was reacting to Lo’s January 4 column for the Philippine Star, which appeared both in its print and online edition. This is the first time that she addressed rumors of the supposed breakup.

In the column, Lo wrote: “Jojo Gabinete’s scoop in pep.ph is true, and not fake news.” He was referring to a Pep report that claimed the couple had broken up and that Nadine has since moved out of their Quezon City home. Pep also cited as proof Nadine and James’ supposed time apart during the holidays.

Their fans have denied these claims, posting photos that show Nadine and James spending Christmas and New Year together with their respective families and friends. (READ: JaDine: A timeline)

According to ABS-CBN, in the print edition of the column titled “JaDine breakup: A case of too much, too soon?”, Lo wrote: “James is handling the breakup with care to cushion the impact on Nadine who has admitted grappling with mental illness.” Lo also mentioned the death of Nadine’s brother in the print edition. Nadine has always been open about her “[struggle] with depression.” She wrote in the past: “If you ever hit rock bottom, don’t be ashamed of opening up to your loved ones. If anyone understands and cares about what you’re going through, it’s them. You are who/what you say you are.”

Nadine and James are collectively known as “JaDine,” a showbiz love team whose love story has blossomed both on-and off-screen. The two have been both very open albeit lowkey about their relationship. They have been tagged “team real” by their fans.

Nadine and James are among the biggest stars in Philippine entertainment today. – Rappler.com