LOOK: Catriona Gray is getting her own Madame Tussauds wax figure 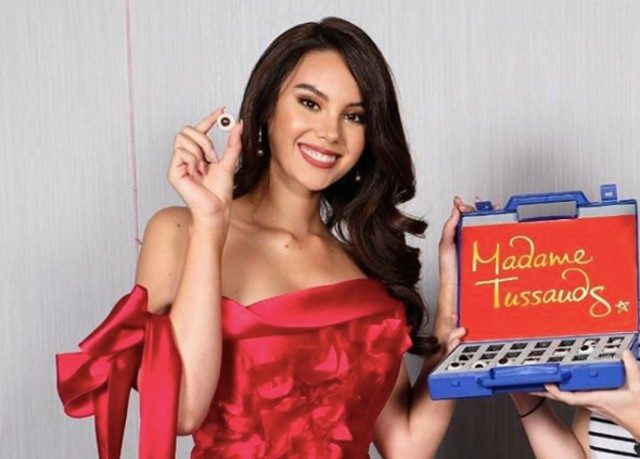 Facebook Twitter Copy URL
Copied
The wax figure will debut in Manila before flying off to Madame Tussauds Singapore, Bangkok, and Hong Kong

MANILA, Philippines – Miss Universe 2018 Catriona Gray will be getting her own Madame Tussauds wax figure soon, both the beauty queen and the world-famous wax museum announced Monday, January 6.

On Instagram, Catriona announced by news by posting a photos of herself holding a fake eye ball – presumably as she picked which would be used on the wax statue. “Stay tuned,” said Catriona, who was crowned in Thailand in December 2018.

In a release to media, Madame Tussauds Singapore said Catriona’s wax figure will be wearing a replica of the now-iconic “lava” gown designed by Mak Tumang. The red gown, which took inspiration from the Mayon Volcano, was the gown Catriona wore when she was crowned.

“The [Philippine] market continues to be one of our strongest markets and has been very important to our attractions in Asia and we had seen an increase of travellers to Madame Tussauds in Bangkok, Hong Kong and Singapore. We believe that by having Catriona’s wax figure, it will definitely be a huge draw and create the platform for her fans to get up-close with her in 2020,” she said in a release.

The wax figure will debut in Manila.

Catriona, who turned 26 on Monday, January 6, kicked off her birthday week celebration on Sunday, January 5 with a performance on ASAP Natin To, where she performed with the Young Focus group.