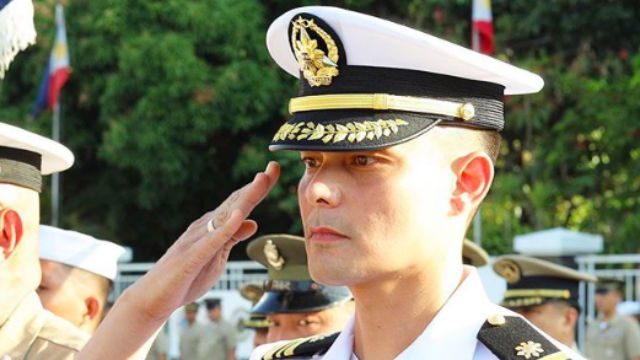 MANILA, Philippines – Dingdong Dantes is now a lieutenant commander in the Philippine Navy.

On Monday, January 27, the actor attended a ceremony during which he was bestowed the rank.

Dingdong enlisted and trained to be a marine reservist back in 2006. He reenlisted in 2017 with the rank of master sargeant. (LIST: These celebrities are also reservists in the AFP) Dingdong and Rocco are part of the cast of the Philippine adaptation of Descendants of the Sun. Both play soldiers on the show. – Rappler.com