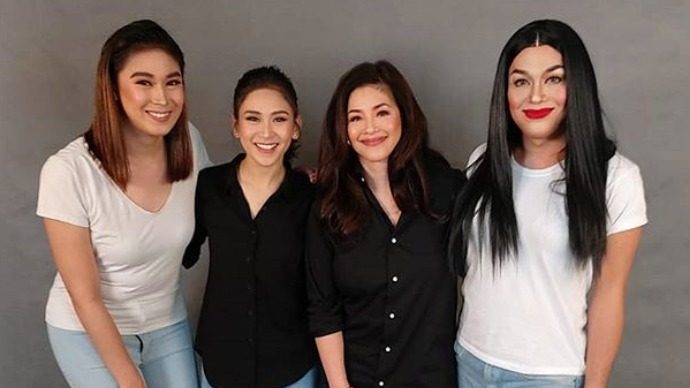 MANILA, Philippines – The “Tala” dance craze has come full circle as Bench Hipolito, the drag queen credited for helping bring the song back into the mainstream, performed the dance with its original artist, Sarah Geronimo. (PLAYLIST: A celebration of dance pop and the immortality of ‘Tala’)

Bench, a longtime Sarah G impersonator, shared a video of them doing the now-iconic dance steps from the song’s chorus on Instagram.

Their performance looks like it’s going to be part of Sarah’s upcoming concert with Regine Velasquez on February 14 and 15. Along with the video, Bench shared photos of her with Sarah, and Regine with her double, drag queen Precious Paula Nicole.

“Tala” is a song from Sarah’s 2015 album, The Great Unknown. In late 2019, it burst back into the mainstream as it sparked a dance craze on social media – with everyone from inmates, to celebrities, and most recently, K-pop group WINNER dancing to the song’s complex choreography. – Rappler.com