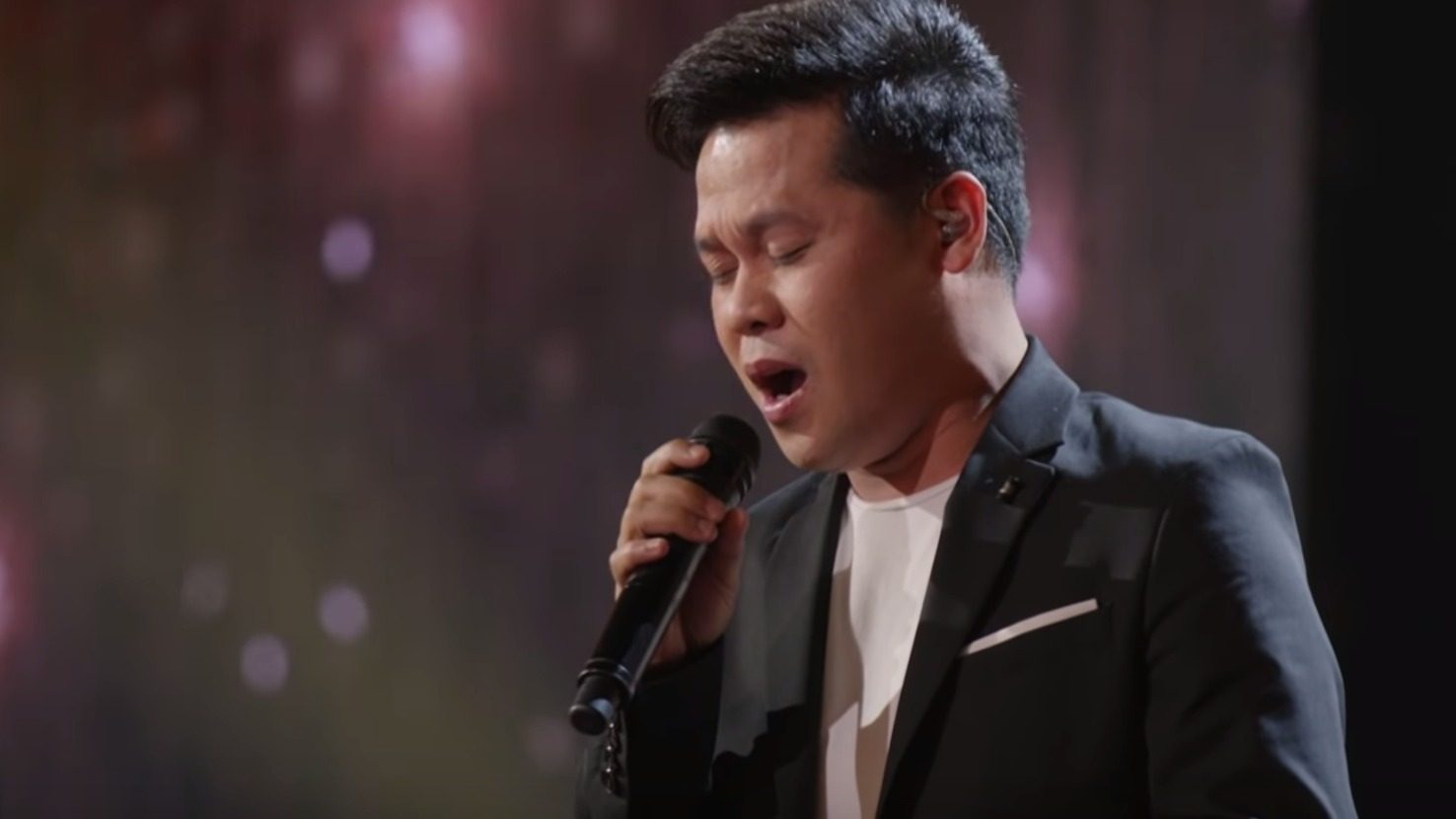 MANILA, Philippines – Marcelito Pomoy’s dual voices have gotten him through to the grand finals of talent competition America’s Got Talent 2020, after the singer performed a flawless rendition of Andrea Bocelli’s “Con Te Partiro.”

Marcelito, who has wowed audiences throughout the competition for his ability to sing as both a male tenor and female soprano, performed the song again with dual voices.

“I gotta say that I believe that you have the best shot of winning this whole thing,” said Howie, while Alesha called his song choice “absolutely brilliant.”

Heidi said that she had been waiting for Marcelito’s performance all day: “For you, you are my favorite. I mean, it just blows my mind.”

Simon was more cautious in his comments but said that either way, Marcelito has a big career ahead of him.

“There is no denying you have a very unique, incredible, special talent so if you make the final, I think you’ve got to take a bigger risk because now, the surprise is now over,” he said. “But I do believe that with the gift that you’ve got, you’ve got a massive career in front of you.”

They will be competing with 4 other performers – singer Angelina Jordan, and dance groups Boogie Storm, V. Unbeatable, and Silhouettes – who went straight to the grand finals after receiving the Golden Buzzer. – Rappler.com