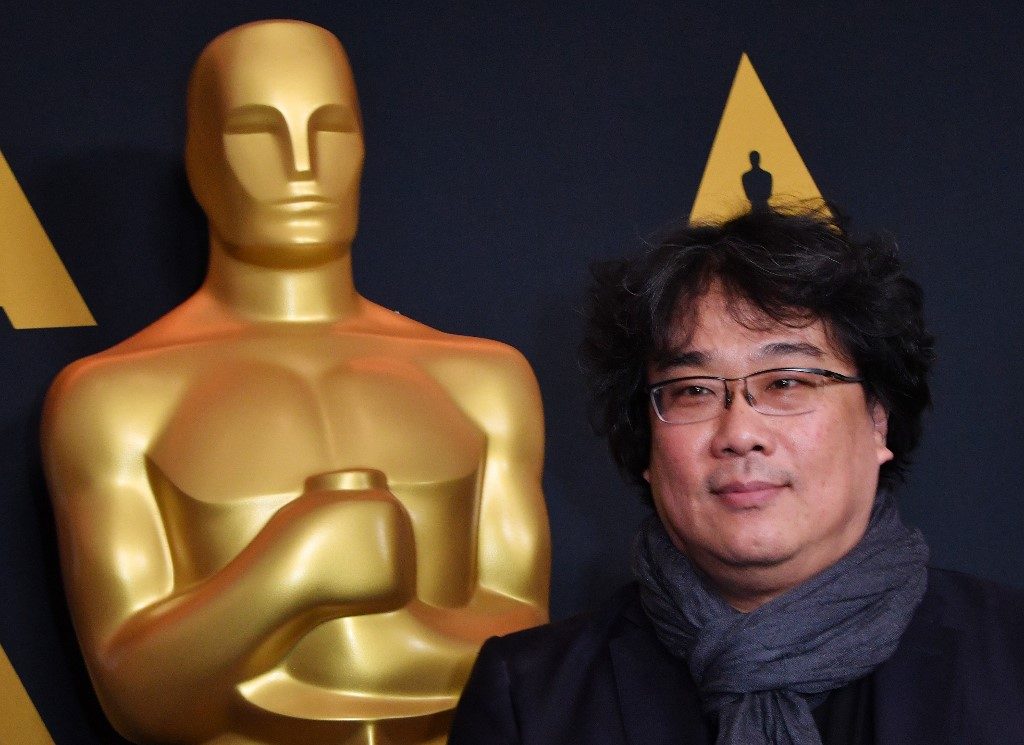 MANILA, Philippines – The 2020 Academy Awards are proving to be a very busy night for South Korean Bong Joon-ho, who won the Best Director plum on Monday, February 10 (Sunday evening, February 9 in the US).

“After winning Best International Picture, I thought I was done for the day and ready to relax,” Bong joked during his acceptance speech at the Dolby Theater.

Bong also paid tribute to his fellow nominees, singling out The Irishman director Martin Scorsese, who he studied in film school, and Once Upon A Time… in Hollywood director Quentin Tarantino, who Bong thanked for “putting his films on the list” even before anybody in Hollywood paid attention to his work.

Bong ended his speech by joking that if only he were allowed to, he’d split the trophy into 5 and share it with his fellow nominees.

Parasite follows a poor South Korean family as they slowly infiltrate the lives of a rich family. The film won the Palme d’Or at Cannes and is up for Best Picture in the Oscars. – Rappler.com