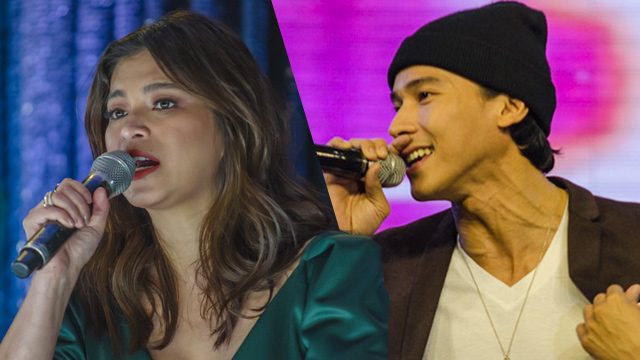 MANILA, Philippines – ABS-CBN stars Angel Locsin and Enchong Dee took to social media to explain what is as stake after Solicitor General Jose Calida filed a quo warranto petition before the Supreme Court. Calida wants the High Court to declare the network’s legislative franchise void because it allegedly violated its terms.

On Instagram, February 12, Angel, who was one of the first artists to show their support for the network, said people should “think before [they] click.” The line was the title of a GMA-7 information campaign and was also uttered by Miss Universe 2015 Pia Wurtzbach during a local Q&A.

(In my years in ABS-CBN, I met and became close to these people. I have listened and known their stories – what they’re saving up for, how much they owe, who got sick… all of them work hard for their families.)

The actress, who is preparing for her wedding to fiance Neil Arce, said that she considers everyone in the network her family.

(I love them and this is no drama because of the people who will suffere in this situation. Before we comment, let us think if whatever we say will destroy other lives of people. Is this the right solution? If there were mistakes, let’s correct them. Closing the network will not help us and out families. We have families that rely on us like all of you. A little understanding is needed. Just a favor.)

Enchong, who starred with Angel in the cult classic 4 Sisters and Wedding, also posted his thoughts on Twitter.

In his post, the actor said that he’s always said that “Artists should be the first in line of defense of our democracy.”

“Very few listen and even fewer are brave enough to stand their ground of ‘reputation’… now that ABS-CBN (my home for almost 15 years) is being wrongly accused of of so many things… I am angry, I am saddened, I am bothered.”

“I know that we will rise together stronger than ever before kasama ng libo libong empleyado ng (with the thousands of employees of) ABS-CBN.  I am a Filipino first and my job comes second, let’s be vigilant not only because jobs are in peril , but mainly because we are Filipinos fighting for the democracy and constitution of our country.”

Various groups, including the Free the Artist Movement (FAM) earlier criticized the petition. The network’s artists, as well as GMA 7 star Dingdong Dantes also expressed their support for the TV station.

The Supreme Court has since asked ABS-CBN to answer Calida’s petition. – Rappler.com