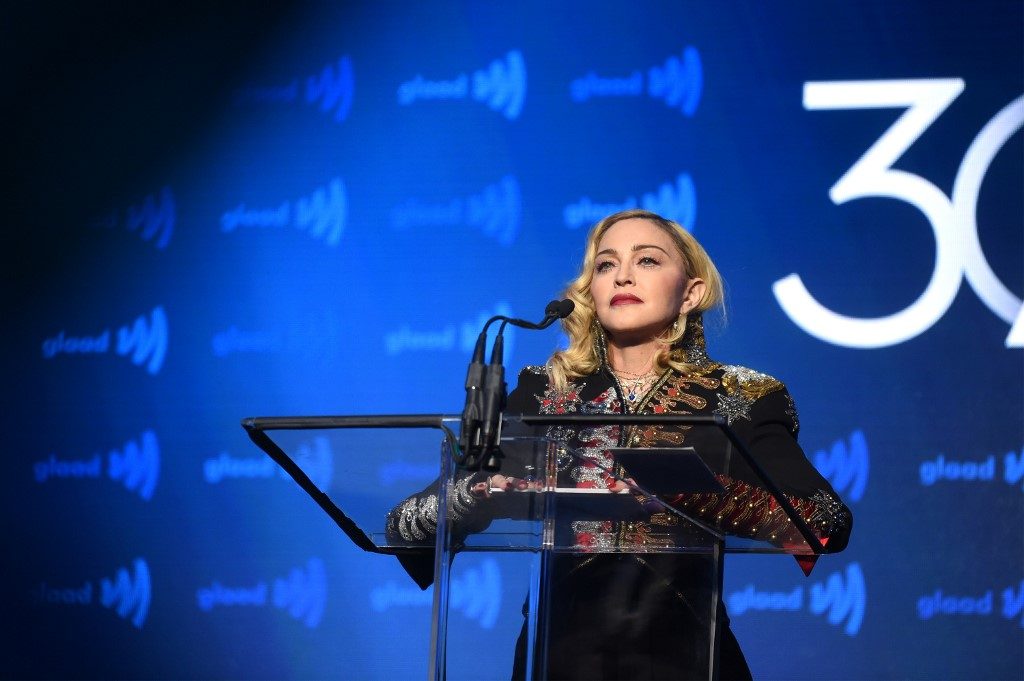 PARIS, France – Pop singer Madonna has canceled a Sunday night concert in Paris because of an injury, the concert hall where she was due to perform announced.

“We regret to inform you that tonight’s Madame X concert at the Grand Rex is canceled as a result of ongoing injuries,” said a message at the venue’s website.

The Paris daily Le Parisien reported that Madonna had suffered torn ligaments in a knee and had struggled during Thursday’s concert before bursting into tears.

The Grand Rex did not say whether the 61-year-old star would be able to perform her other shows booked there.

Madonna arrived in the French capital on February 22 and was scheduled to perform at the Grand Rex until March 11.

The tour started in New York in September, and after dates in the United States moved to Europe with dates in Lisbon and London. Paris is the last stop on the tour. – Rappler.com