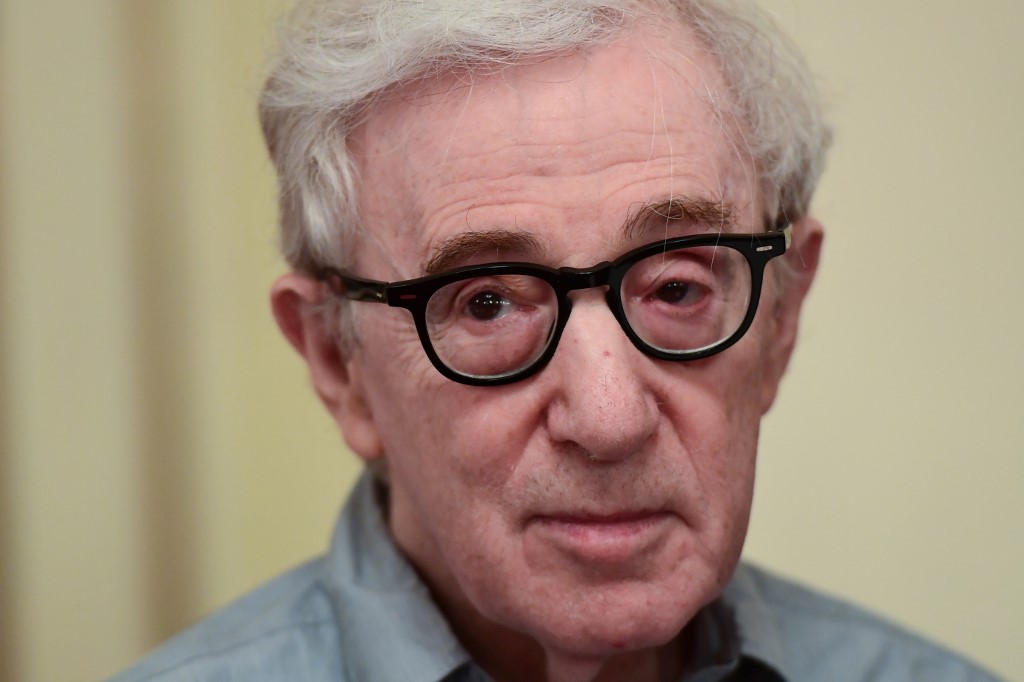 NEW YORK, USA – A leading publisher on Friday, March 6, scrapped plans to release the autobiography of filmmaker Woody Allen, who has long been accused of molesting his daughter, following an outcry and a staff walkout.

Hachette’s announcement came after Allen’s son Ronan Farrow, who is extremely critical of his father, denounced the book group over Apropos of Nothing, originally scheduled to hit shelves next month.

“The decision to cancel Mr. Allen’s book was a difficult one,” a spokeswoman for Hachette said in a statement emailed to AFP, adding it would return all rights to the author.

Allegations that Allen molested his adopted daughter Dylan Farrow when she was 7 years old in the early 1990s have dogged the Oscar-winning filmmaker for decades.

The 84-year-old director of Annie Hall and Manhattan was cleared of the charges, first leveled by his then-partner Mia Farrow, after two separate months-long investigations, and has consistently denied the abuse.

But Dylan, now 34, maintains she was molested.

Hachette said on Monday its Grand Central Publishing subsidiary would release Allen’s memoir in the United States on April 7.

It sparked an immediate backlash with high-profile investigative journalist and best-selling author Ronan Farrow, brother of Dylan, saying on Tuesday he would no longer work with Hachette.

Ronan has long defended Dylan, who renewed her accusations against Allen in the wake of the #MeToo movement in early 2018.

On Thursday, dozens of employees company employees in New York staged a walkout in protest at the decision to publish the memoir.

“We stand in solidarity with Ronan Farrow, Dylan Farrow, and survivors of sexual assault,” the employees said in an email, Publishers Weekly reported.

The spokeswoman for Hachette said company executives had engaged in “extensive conversations” with staff and others in the past few days.

“After listening, we came to the conclusion that moving forward with publication would not be feasible for HBG,” she said.

She added that the imprint does “not cancel books lightly.”

Dylan Farrow thanked all the employees who “stood in solidarity with my brother, myself and all victims of sexual abuse yesterday: words will never describe the debt of gratitude I owe to you.”

“For someone who has felt alone in my story for so long, yesterday was a profound reminder of what a difference can be made when people stand and unite together for what’s right,” she said on Twitter.

To all the employees of @HachetteUS, @littlebrown, and @GrandCentralPub who took a stand, I’m in awe and so very grateful. pic.twitter.com/Si4oXpudde

Dylan had described Hachette’s decision to publish Allen’s autobiography as “deeply upsetting to me personally and an utter betrayal of my brother whose brave reporting, capitalized on by Hachette, gave voice to numerous survivors of sexual assault by powerful men.”

Hachette chief executive Michael Pietsch on Tuesday defended the decision to publish Allen’s memoir, telling The New York Times there was “a large audience” who wanted to hear his story.

The publisher had described it as “a comprehensive account of his life, both personal and professional.”

There has been some criticism of Hachette’s move, including by best-selling author Stephen King.

“The Hachette decision to drop the Woody Allen book makes me very uneasy. It’s not him; I don’t give a damn about Mr. Allen. It’s who gets muzzled next that worries me,” he said on Twitter.

The Hachette decision to drop the Woody Allen book makes me very uneasy. It's not him; I don't give a damn about Mr. Allen. It's who gets muzzled next that worries me.

Amazon has tagged the book a bestseller, signifying that the site has received a large number of pre-orders. – Rappler.com