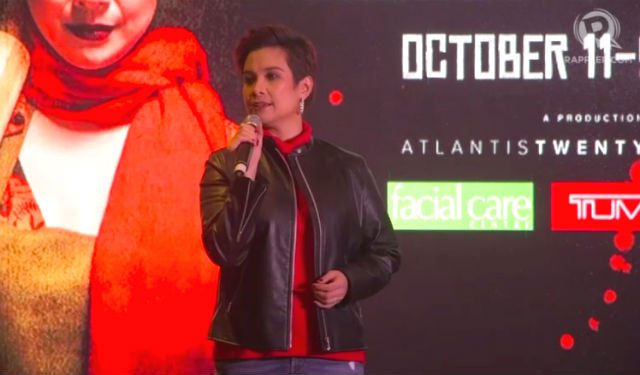 MANILA, Philippines – Lea Salonga said that she is thrilled for singer and songwriter Moira dela Torre after Disney picked her to sing “Reflection” for the Philippine promotions of the live animation remake of Mulan.

In a statement released through ABS-CBN reporter MJ Felipe, Lea, who provided the singing voice of Mulan in the original 1998 movie, said: “I am very happy and thrilled that Moira, the voice of this generation, has been handpicked to perform the song ‘Reflection’ for the Philippine market.”

The first animated Mulan was released in 1998. Aside from Lea, pop icon Christina Aguilera released her own version for the song’s soundtrack.

In an interview with reporters after the announcement last March 3, Moira said that she was terrified when she first found out about the offer to sing the song. At the same time, she was honored since “Reflection” was one of the songs she first sang as a kid.

Moira’s version of the song will be released on March 20.

The live-action movie stars Liu Yifei as Mulan, who takes the place of her father in the army to defend China from the Huns. The movie follows her journey to becoming a legend in China. The movie opens in the Philippines on March 25. – Rappler.com