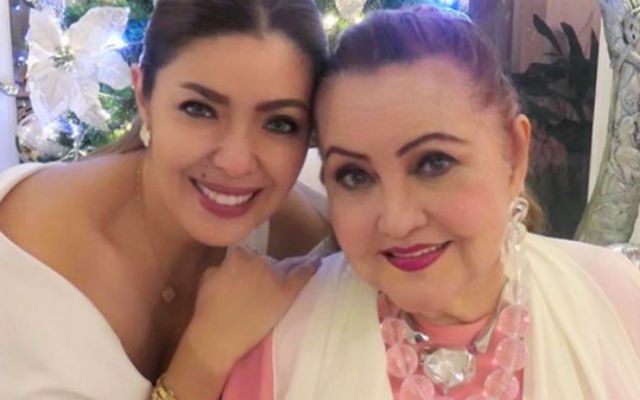 MANILA, Philippines – Former Sampaguita actress Liberty Ilagan has died at the age of 76.

“We are heartbroken to announce that our dearest Mom, Liberty Ilagan has joined our Creator. She lost her battle to COPD complications and had a cardiac arrest.”

“Our Mom lived a full and glorious life.”

“Mom was a beautiful woman with a golden heart. She was a loving and wonderful mother to us, a doting Mamam to her grandchildren, and a caring and devoted wife. Above all, our mother was a true and faithful child of God.”

“We are the luckiest children in the world to have had the privilege to call her Mom.”

“Your prayers, loving thoughts and supportive words bring comfort to us during this time of sorrow.  Though we will miss her terribly, we are happy that she is now free from suffering and is reunited with our Lord and all our loved ones who have gone on.”

“Mom must be so touched to be remembered so fondly and be held in such high esteem by all of you. We are happy to have shared our MOM with you.”

“There are no words to describe our grief…. If she left us when she is 100 years old, it would still be too soon. We love you, Mom. We will carry your love and memories in our hearts forever.”

The children said that a Thanksgiving Memorial Celebration will be announced once the coronavirus pandemic subsides.

Ilagan is the daughter of National Artist and director Gerry de Leon, whose films include Noli Me Tangere (1957), Sisa (1951), and The Moises Padilla Story (1961).

She started her career when she was 4 and appeared in several movies as a chid actress.

She stopped acting when the era of sexy films began in the ’70s.

In an interview with Ricky Lo published in the Philippine Star in 2018, Ilagan admitted that she wished she could have been directed by her father before he passed away.

“He could have directed me in Brownout, the movie that I produced, but I was so scared that he wouldn’t find me a good enough actress, that he would be disappointed in me.”

“I was successful in my career as a movie actress. I was shy, afraid and too proud to ask help from anybody,” she told Lo.

Ilagan was married to Rod Ongpauco, owner of the Filipino restaurant Barrio Fiesta, with whom she had 3 children.  After her marriage to Ongpauco was annulled, Illagan married her second husband, Carlos Lardizabal, a real estate lawyer. – Rappler.com