You’ve watched Crash Landing On You for the umpteenth time, you can practically recite the lines along with the characters…in Korean.

You’ve binged-watched Kingdom, finally finished Itaewon Class, and now there are only a few episodes of Hi Bye, Mama! left. Don’t panic. There’s a new slate of K-Dramas headed your way on Netflix. From romance fantasy to crime drama to variety show, there’s something for every fan. “We believe great stories from Korea help us build empathy and develop a shared understanding of the world. From K-pop, K-food, to K-zombie, we see people in different parts of the world are connected through Korean styles they love and that’s why we are committed to investing in Korea’s talented creative community,” said Min-Young Kim, Vice President of Korean Content at Netflix.

Kang Ki-beom (Choi Jin-hyuk) is a top violent crimes detective investigating the terrorist group ARGOS. To get to him, the group kills his wife and slashes his eyes with a razor after he witnesses the murder. As if that wasn’t enough, he becomes the lead suspect in the crime.

To avenge her death and prove his innocence, he joins Rugal, a special organization dedicated to eradicating ARGOS. Rugal gives Ki-beom a high-tech artificial eye transplant, giving him a new lease on life and weaponizing him in the fight against the terrorist group.

But things don’t go as planned when a mysterious stranger starts hunting them down. One of the shows that Netflix’s Vice President of Korean Content Minyoung Kim is excited about is Extracurricular. “The reasons were very excited about it is it’s from a brand new writer. This is his first series debut,” she says of screenwriter Jin Han-sae. “And his collaboration with the very respected director Kim Jin-min,” she adds.

The story revolves around a group of high school students who turn to a life of crime in order to earn money. When Oh Ji-soo (Sky Castle and Itaewon Class alum Kim Dong Hee) commits a serious crime in order to make enough money to pay for college, he goes from model student to criminal.

And when fellow students Seo Min-hee (Jung Da-bin) and Bae Gyu-ri (Park Joo-hyun) get involved, the group soon learns that crime doesn’t pay. But they’re in over their heads and before they know it, are faced with dangerous and irreversible consequences.

Finally putting retirement rumors to rest, Lee Min-ho stars in this romantic fantasy drama alongside Goblin’s Kim Go-eun. Written by Kim Eun-suk (Goblin, Mr. Sunshine, Descendants of the Sun), and directed by Baek Sang-hoon (Secret, Who Are You: School 2015, and Descendants of the Sun) and Jeong Jee-hyun (Search: WWW), the story revolves around star-crossed lovers from parallel universes—Emperor Lee Got (Lee Min-ho), who is on a mission to close the doors between the two dimensions, and Detective Jung Tae-Eul (Kim Go-eun), who only wants to protect the lives of the people she serves and her loved ones.

Based on the trailer, it’s a little bit Goblin and a little bit WWW. But we hear it’s going to take the genre to a whole new level. We can’t wait to see how.

It’s Okay to Not Be Okay 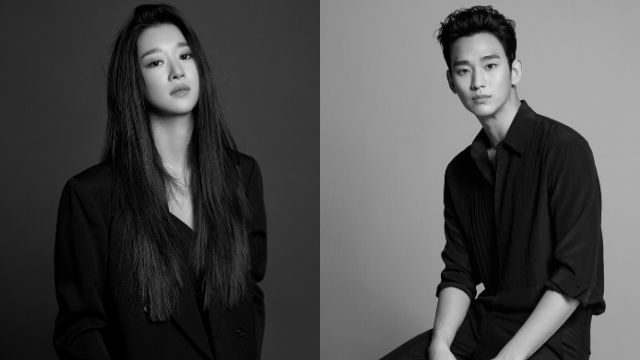 The second show Minyoung Kim is excited for K-Drama fans to see is It’s Okay to Not be Okay. “It’s about an unusual romance between two people who end up healing each other’s [emotional] and psychological wounds,” she says.

Fresh from his military service and his much talked about cameo on CLOY, My Love from the Star’s Kim Soo-hyun is back as Moon Gang-tae, a psych ward caretaker who is completely jaded when it comes to love. Kind, patient, and blessed with the ~perfect visuals~, he could be quite the catch, if only he believed in love. Enter Go Moon-young, a beautiful and popular children’s book author who, thanks to being antisocial, doesn’t even know what love is. Can a man who doesn’t believe in love and a woman who’s clueless about love actually fall in love? We’ll find out in June. But this being K-Drama land, our money’s on the two of them ending up together by the end of the series. Korean actor Lee Seung-gi and Taiwanese celebrity Jasper Liu team up in this variety show where they travel to several cities in Asia to meet their fans, and form a friendship in the process.

“It’s about two men who don’t speak each other’s language, going on a trip together to meet their fans. It’s going to be our second variety show [on Netflix],” says Minyoung Kim. – Rappler.com Maggie Adan is a storyteller at heart. She is a freelance editor, writer, and content creator.

When she’s not stringing words together, she’s practicing yoga, doing crafts, puttering around in the kitchen, or providing free petting services to neighborhood dogs.