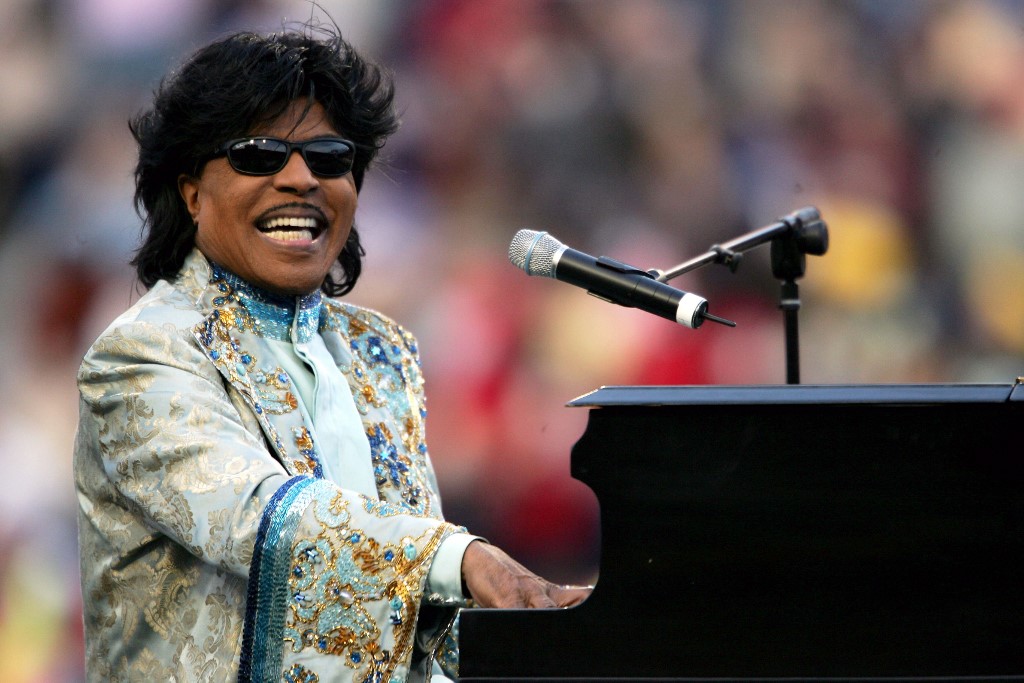 With a distinctive range from robust belting to howling falsetto, Richard transfixed audiences and inspired artists including The Beatles as he transformed the blues into the feverish new style of rock ‘n’ roll alongside Fats Domino and Chuck Berry.

A consummate entertainer, he would play piano with one leg hoisted over the keys and, in one legendary concert in Britain, played dead on stage so effectively that the venue sought medical help before he resurrected himself to an astounded crowd.

But he never became an obvious icon for the African American or gay communities.

Once openly – by standards of the time – attracted to men, Richard became a born-again Christian and renounced homosexuality as a temporary choice, anathema to the modern gay rights movement and psychologists.

And while he was one of the first African American artists to cross the racial divide, a younger generation of black DJs had little interest in an artist seen as embedded in the white mainstream.

The upstart Beatles and Rolling Stones served separately as opening acts when Richard toured England, and a young Jimi Hendrix and members of Earth, Wind and Fire played in his back-up band.

“He was the biggest inspiration of my early teens,” Mick Jagger tweeted Saturday.

“His music still has the same raw electric energy when you play it now as it did when it first shot through the music scene in the mid 50’s.”

David Bowie was mesmerized when he saw one of Richard’s movies, with the then 9-year-old deciding to learn the saxophone and later saying, “If it hadn’t have been for him, I probably wouldn’t have gone into music.”

The superstar was aware of the debt his successors owed him. “Prince is the Little Richard of his generation,” he told Joan Rivers in 1989.

He then turned to face the camera directly: “I was wearing purple before you was wearing it!”

Born Richard Wayne Penniman on December 5, 1932, he was raised in grinding poverty in Macon, Georgia. His father sold bootleg liquor and owned a tavern, where he was shot dead in a dispute when Richard was starting his career.

Richard, despite his stage name, stood a skinny 1.8 meters (5’10) and was born with different sized legs. A mischievous child, he lingered in churches for their music and was noticeably effeminate.

In his 1984 authorized biography, Richard recalled his father telling him, “‘My father had 7 sons and I wanted 7 sons. You’ve spoiled it, you’re only half a son.'”

“And then he’d hit me. But I couldn’t help it. That was the way I was,” Richard said.

Richard had developed a low-key career singing around Georgia, including in underground drag performances, when he was approached by record labels.

But the song caught the ear of Bumps Blackwell, a producer from Specialty Records, which had reluctantly signed Richard after he persistently phoned its office.

Within 15 minutes and only 3 takes, Little Richard had recorded his defining hit, now with the tame lines: “Tutti frutti / Aw rootie… I’ve got a girl named Sue / She knows just what to do.”

The song – with its infectious rhythm, high decibel level and lingering sense of naughtiness – triggered an unprecedented reaction.

In a 1956 Baltimore concert, women threw underwear as police prevented fans from rushing the stage or leaping from the balcony in euphoria.

“There had never really been a figure who came out of R&B who was that extroverted or loud or wild.”

But then he abruptly canceled a tour and became a missionary for the evangelical Church of God.

His turn to religion complicated his relationship with the music world – but his legacy as a titan who ushered in a new musical age held.

Tributes poured in Saturday, with Chic co-founder Nile Rodgers mourning “the loss of a true giant” and fellow 1950s rocker Jerry Lee Lewis calling him “one of a kind.”

Questlove of The Roots was more emphatic: “LITTLE RICHARD is THE TRUE KING. LONG LIVE THE KING.” – Rappler.com