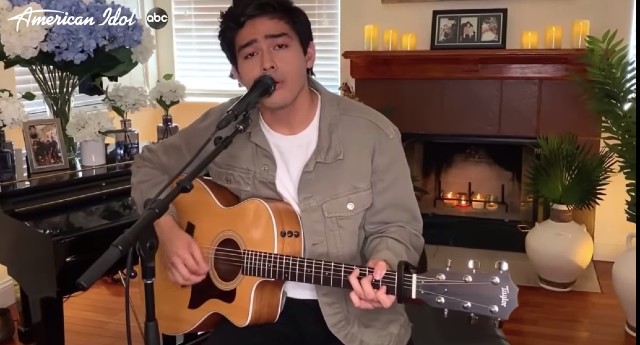 MANILA, Philippines – Filipino-American singer Franciso Martin entered the Top 7 of American Idol on Sunday, May 10. That leaves him one step closer to the finals.

The results were announced by the show’s host Ryan Seacrest, Aside from Francisco,  Arthur Gunn, Dillon James, Jonny West, Julia Gargano, Louis Knight and Just Sam also made it.

The top 7 performed two songs – a Disney song and song for Mother’s Day. For the Disney performance,  Francisco chose “You’ll Be in My Heart” from Tarzan and for Mother’s Day, he dedicated the song “River” by Leon Bridges to his mom.

After his peformance for his mom, Katy Perry the singer had “grown even more.”

“This set of Mother’s Day songs is really separating the pack. It’s showing who deserves that top position and you are making it difficult for all these other contestants because that performance was so, so full and beautiful and real. It was so heartfelt what you just did,” she said.

Luke Bryan said that Francisco did  better than the original, while Lionel Ritchie told the San Francisco native that his confidence was “front and center.”

“You’re no longer in your head. It’s all about your delivery now. We were checking your pulse [during auditions], remember that? Congratulations because you have a career and that is what’s most important and we saw it happen here on American Idol,” Lionel said.

Francisco hopes to make it to the Top 5, which will be announced next week. – Rappler.com