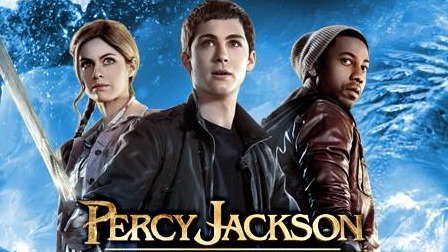 MANILA, Philippines – Fantasy adventure novel series Percy Jackson is getting the live-action treatment once again, but as a TV series this time, and exclusively for streaming platform Disney+.

Author Rick Riordan made the announcement via Twitter and Facebook on Friday, May 15, first thanking all the Percy Jackson fans who’ve championed for a “faithful on-screen adaptation of Percy Jackson’s world” for the past decade.

“We are very excited about the idea of a live-action series of the highest quality, following the storyline of the original Percy Jackson 5-book series, starting with The Lightning Thief in season one,” Riordan said.

“Rest assured that Becky and I will be involved in person in every aspect of the show. There will be much more news in the future, but for now, we have a lot of work to do! Buckle up, demigods. It’s going to be a fantastic, exciting ride,” he added.

The live-action TV series comes almost 7 years after it was first adapted for the movie screen by 20th Century Fox in 2010 (Percy Jackson & the Olympians: The Lightning Thief) and in 2013 for the sequel Percy Jackson: Sea of Monsters.

Lerman also shared the news on Twitter, saying that he was “excited” about the adaptation, and that he “hopes the books get what they deserve.”

Excited to see this! Hope it gets the adaptation the books deserve. Congrats @rickriordan https://t.co/ReE6EjJICV

The Percy Jackson Greek mythology-based book series revolves around teenager Percy Jackson, the half-human son of an Olympian god who is first sent to Camp Half-Blood, where he meets fellow demigods Annabeth and Grover. Together they embark on adventures involving the gods of Mount Olympus and other fantastical foes.

The other 3 books in Riordan’s series include The Titan’s Curse, The Battle of the Labyrinth, and The Last Olympian.

The musical adaptation of Percy Jackson: The Lightning Thief premiered on Broadway in September 2019. – Rappler.com