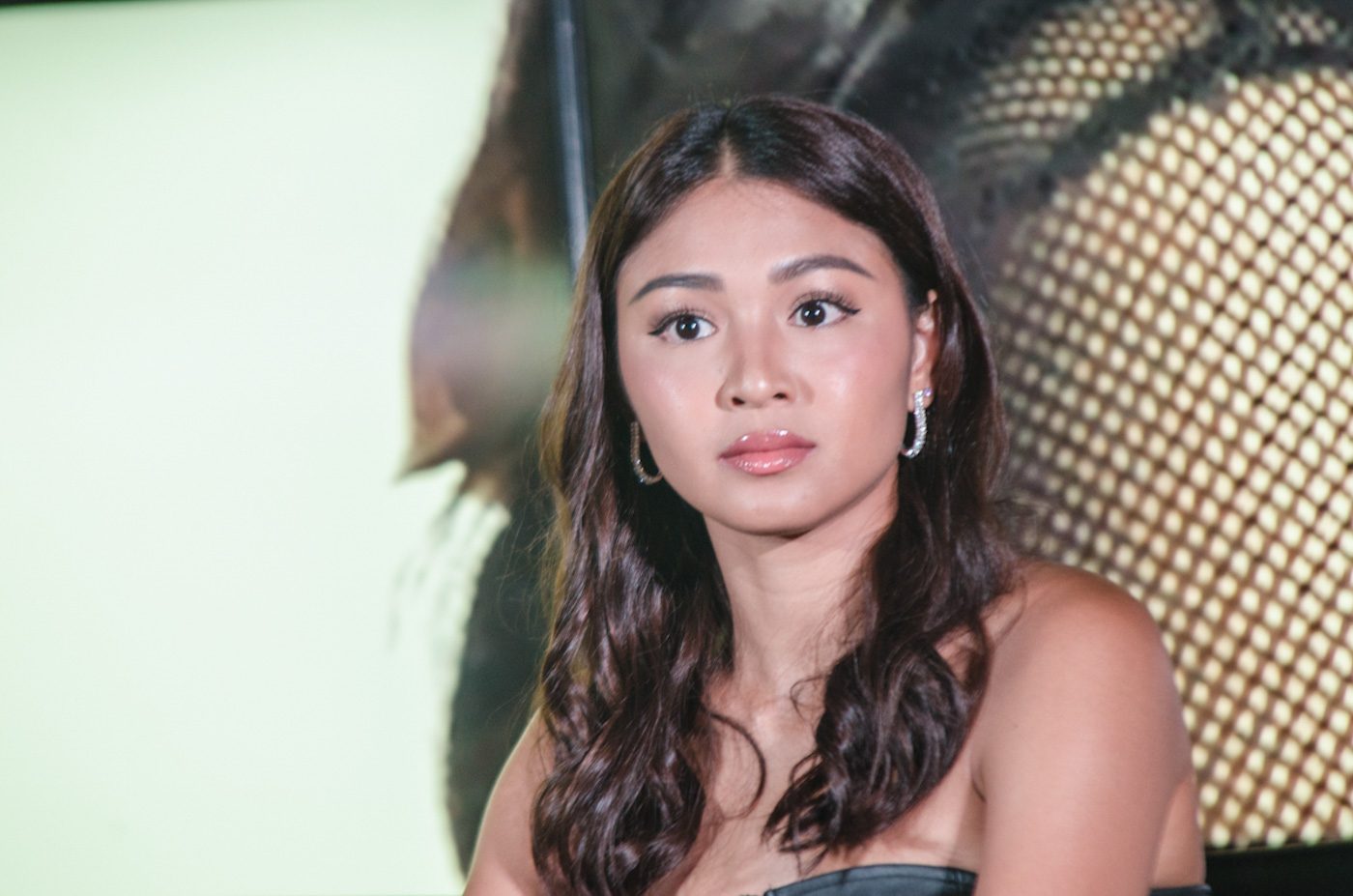 MANILA, Philippines – Nadine Lustre seemed exasperated when she called out Jobert Sucaldito, who, at a House hearing on ABS-CBN’s franchise renewal on June 29, spoke about being suspended by ABS-CBN after making flippant comments on suicide.

Jobert, who was a showbiz news anchor at ABS-CBN-owned radio station DZMM, was presented with a letter of suspension in January shortly after he made a remark that many people saw as encouraging suicide.

(Isn’t that what they want? They show off their butts, wear T-backs, and put a caption about wanting to jump from a building. She should have jumped if that’s the case).”

At the hearing, Jobert said that his statements may have come across wrong, and said that he wasn’t encouraging Nadine to commit suicide.

He also said that he addressed Nadine because he didn’t like the way she called out Ricky Lo for his comments on mental health just a few days before. Jobert, who described Ricky as a “revered journalist,” said that he felt Nadine had been disrespectful.

On her Instagram stories on July 1, Nadine called Jobert out for “not seeing the bigger picture,” and insisted that what he said was not okay.

“It’s messed up how you are completely unashamed of what you said. It’s never okay to push someone to commit suicide,” the actress said.

She also expressed her disbelief at Jobert using their spat against ABS-CBN.

“I can’t believe you’re using this issue to fight our home network whose only objective is to protect us.”

She stressed that Jobert was dismissed because he was in the wrong.

“Kahit pagbali baliktarin mo, mali yung sinabi mo. Inalis ka sa trabaho dahil MALI YUNG SINABI MO (whichever way you look at it, you said the wrong thing. You were dismissed from your job because you said something problematic) and how is this even on congress?! Someone enlighten me. PLS,” she said.

In the following story, she said she was “sick and tired of these boomers treating mental issues like it’s a mf joke.”

At the hearing, Jobert said that his suspension took him by surprise and that he was not given the opportunity to explain himself. He then mentioned the illegal dismissal complaint he filed against DZMM at the Department of Labor and Employment (DOLE) on March 4.

He went on to say that he was not for the ABS-CBN shutdown, but at the same time, called the network “cruel” and “heartless” for suspending his contract, and said that they were “using their 11,000+ employees as human shields.”

“I am for the No to Shutdown, but yung mga tao sana sa loob who really throw their wits around I hope you also learn your lesson. I hope you walk your talk,” Jobert said in his statement at the house hearing, which can be viewed in the video below at around the 2-hour 18-minute mark.

The House committee on legislative franchises resumed its hearing on the renewal of ABS-CBN’s franchise on June 29, nearly two months after the media giant went off-air to comply with a shutdown order by the National Telecommunications Commission (NTC) after their congressional franchise expired on May 4. – Rappler.com