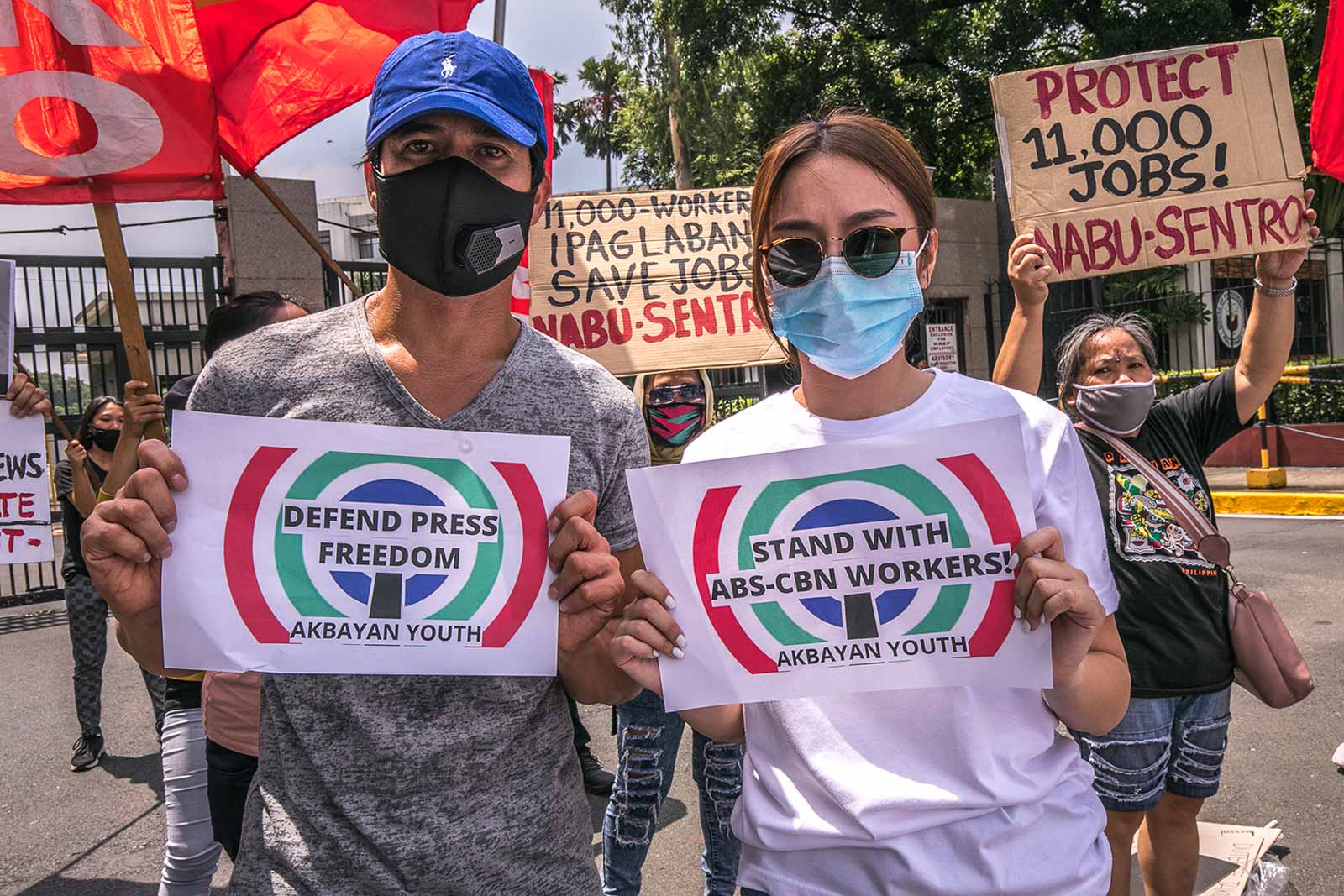 MANILA, Philippines – Supporters and workers of ABS-CBN – among them celebrities – headed to Congress on Friday, July 10, to urge lawmakers to vote in favor of ABS-CBN’s franchise renewal.

Piolo Pascual and Kathryn Bernardo – two of the network’s biggest stars – were seen at the gates of Batasang Pambansa, holding signs that said, “Defend Press Freedom” and “Stand with ABS-CBN workers.”

Actress Angel Locsin was also there as part of a “solidarity caravan” that started at the ABS-CBN complex and headed to the House complex in Batasan Hills, Quezon City. Angel, who recentla starred in the ABS-CBN teleserye The General’s Daughter, was seen holding a sign that read “Give us a chance to be better.”

After 12 hearings, members of the House committee on legislative franchises voted against the bill seeking to grant a franchise to the embattled media giant, which closed its flagship channel and its radio stations on May 5, to comply with a shutdown order from the National Telecommunications Commission (NTC). (READ: Scenarios: What happens to ABS-CBN franchise after House panel vote?)

The station’s old franchise lapsed on May 4, after lawmakers failed to deliberate on it on time. In the Philippines, broadcast companies including radio and television stations must obtain a franchise from Congress to operate. – Rappler.com