After House vote vs ABS-CBN, Angel Locsin’s appeal: ‘Now is not the time to stay silent’ 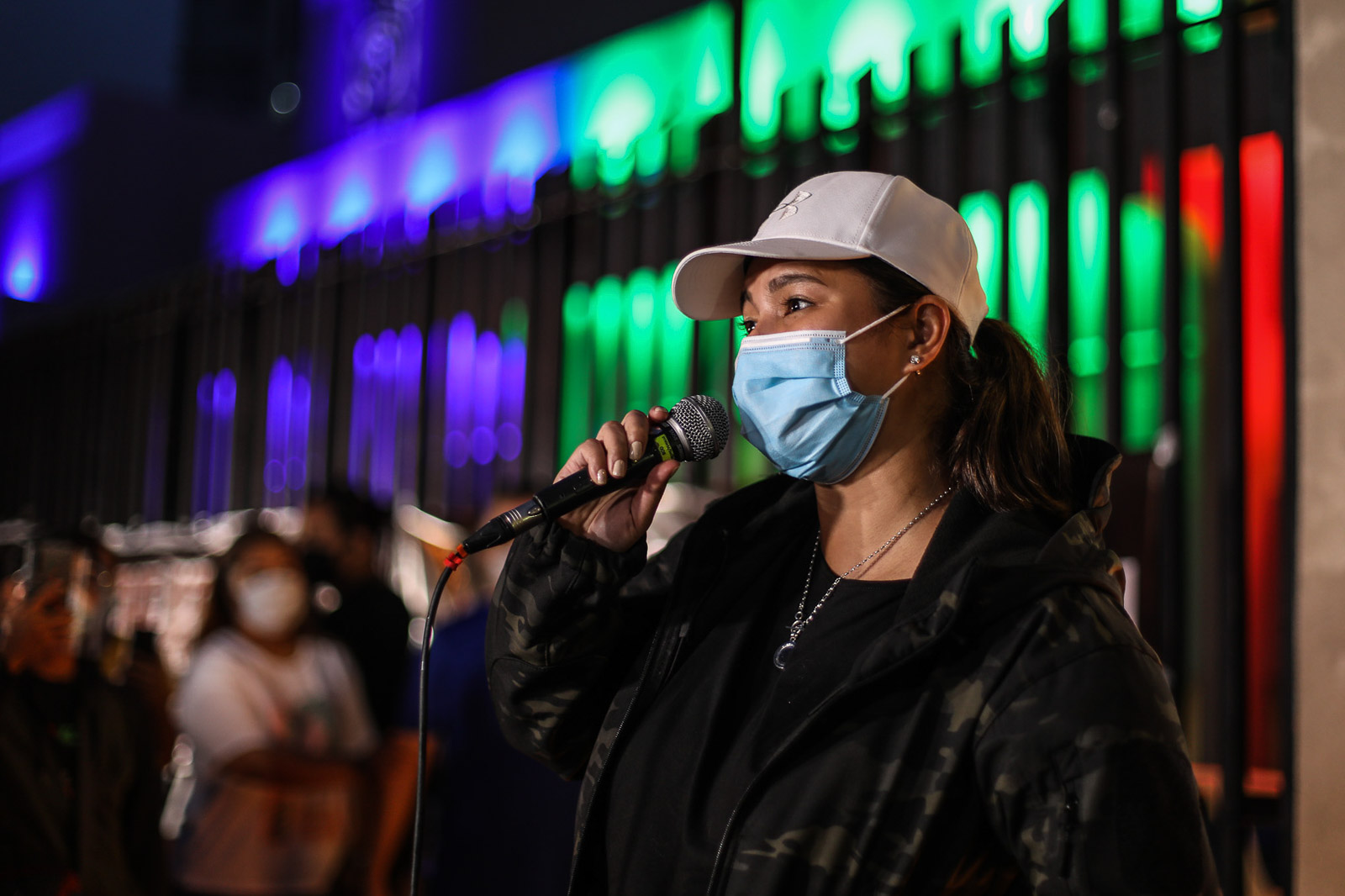 MANILA, Philippines – Angel Locsin, perhaps more than the average Filipino, knows a thing or two about being a hero.

She’s played the iconic Darna, one of the most recognizable Filipino superheroes. She’s been at the forefront of different crises, most recently during the coronavirus pandemic as she, along with her friends and colleagues, raised funds and bought supplies for sectors left most vulnerable as the country went under lockdown.

But on Friday, July 10, hours after ABS-CBN was denied a new franchise by the House of Representatives, it was Angel who called for help from an industry she’s thrived in for over two decades.

(Now is not the time to stay silent. This is not the time for us to stand apart. We need to show them what makes this industry relevant, that we’re not just about TikTok videos or things that entertain. We have relevance.)

To her left stood the network’s tower, where the network’s signal broadcasts from – the very same signal that has been turned off since May 5, when the National Telecommunications Commission (NTC) shut ABS-CBN down.

Angel had earlier joined her ABS-CBN colleagues – fellow celebrities  – for a “solidarity caravan” from the ABS-CBN compound to the Batasang Pambansa, where the House committee on legislative franchises was set to vote on ABS-CBN’s franchise bid. An overwhelming majority – of both committee members and House leaders – voted against granting ABS-CBN a new franchise.

Crisis during a crisis

Angel has long been among the most vocal in defending ABS-CBN and its employees both from detractors and misinformation. It was when she touched on the livelihoods of her colleagues in the network – whose jobs are in danger during a pandemic – that the actress turned emotional.

(This is about the employees of ABS-CBN, those who find their livelihoods in ABS-CBN even if they aren’t employees – canteen workers, our suppliers. This goes beyond our 11,000 employees.)

Over 12 hearings, several House committees took turns grilling the embattled media giant. Its executives endured hours-long hearings that touched on everything – from its former president’s citizenship, allegations of tax irregularities, to accusations of “bias” in its news department.

(Let us not allow ABS-CBN to end here. We need each other. We need to unite because this isn’t just ABS-CBN’s fight. People’s lives are at stake here. We’re talking about people with debts to pay, loans to pay, medicine to buy, tuition fees to pay, and families to sustain.)

She again ended her short speech with a call to her colleagues in the entertainment industry.

(I’m calling on everyone to unite. Let’s show them what this industry can do if we all help each other and work together.)

ABS-CBN employs over 11,000 people – both on full-time and contractual basis. As the biggest media conglomerate in the country, ABS-CBN’s operations span from television, print, digital platforms, to the silver screen.

The last time it went off-air was during Martial Law, under the regime of the dictator Ferdinand Marcos. – Rappler.com