Mar 27, 2012 10:43 AM PHT
Agence France-Presse
Facebook Twitter Copy URL
Copied
Bobby Brown was stopped after being seen talking on a cellphone while driving near LA 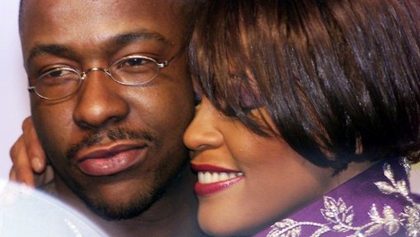 Brown, whose troubled marriage to the Grammy-winning star coincided with her career going off the rails with drug abuse, was stopped after being seen talking on a cellphone while driving near Los Angeles.

“Mr. Brown displayed objective symptoms of intoxication and was asked to submit to a series of field sobriety (tests) that he was unable to perform as explained/demonstrated,” said a police report of the arrest.

He was taken to jail in nearby Van Nuys, in the San Fernando Valley north of Los Angeles, but released on $5,000 bail.

Brown was married for 15 years to Houston, who died on February 11 at the age of 48. An interim coroner’s report last week said she drowned in her hotel room bathtub, with cocaine use and heart disease as contribution factors.

Houston sold more than 170 million records worldwide but her music career spiraled out of control as she admitted drug use during an abusive relationship with Brown.

The couple divorced in 2007, with Houston getting custody of their daughter, Bobbi Kristina. – Agence France-Presse