Coming up: Celebs sing for PH fight vs China aggression 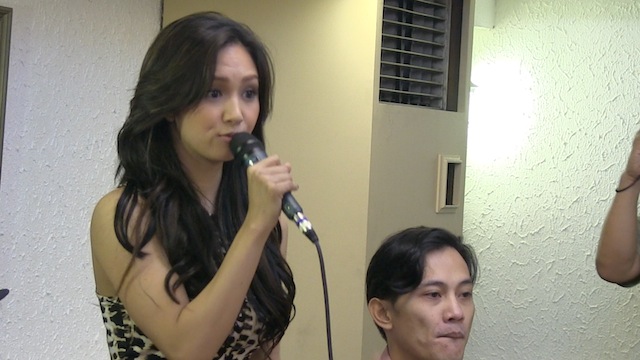 MANILA, Philippines – Local celebrities and bands have joined the fight against China’s “aggression” in the West Philippine Sea.

Among the artists who agreed to collaborate for the song are Charice Pempengco, Billy Crawford, Anne Curtis, Jhong Hilario, Kitchie Nadal, QYork, and various members of local bands like SpongeCola and Rocksteddy.

GMA network talent Roxanne Barcelo showed her knowledge on the issue on Wednesday, July 17, when she joined the press conference of the West Philippine Sea Coalition.

The West Philippine Sea Coalition will hold protests rallies on July 24 in front of Chinese Embassies in the Makati City, various states in the US, Canada, and Europe among others.

Barcelo called  on artists to use their influence to fight for the countrys’ territory. She also called on Filipinos worldwide to join the protest. — Rappler.com