LONDON, United Kingdom – Bee Gees singer Robin Gibb has woken from a coma and responded to members of his family, his spokesman said Saturday, April 21.

Gibb, 62, contracted pneumonia and fell into the coma last week. He is suffering from colon and liver cancer.

His spokesman Doug Wright said Gibb had been able to nod and communicate with family members who have been at his bedside at a hospital in west London.

He did not give further details.

The British star’s wife Dwina said this week that the singer’s brother, fellow Bee Gee Barry Gibb, had been singing to Robin to try to rouse him.

His 3 children had also been playing music to him, she said.

The Bee Gees — twins Robin and the late Maurice Gibb and their elder brother Barry, 65 — are among the biggest-selling groups of all time.

Robin Gibb had bowel surgery 18 months ago but a tumor was found and he was diagnosed with cancer of the colon and the liver.

In February, Gibb said he had made a “spectacular” recovery from his treatment, sparking hopes that his cancer was in remission.

Gibb was too ill to attend last week’s premiere of his first classical work, “The Titanic Requiem”, composed with his son Robin-John to commemorate the 100th anniversary of the ship’s sinking.

Gibb had been due to perform the song “Don’t Cry Alone” at the central London premiere. – Agence France-Presse 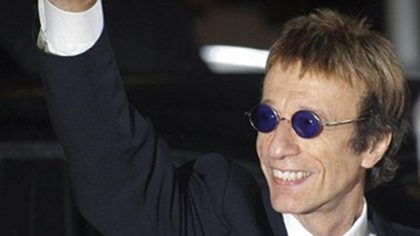