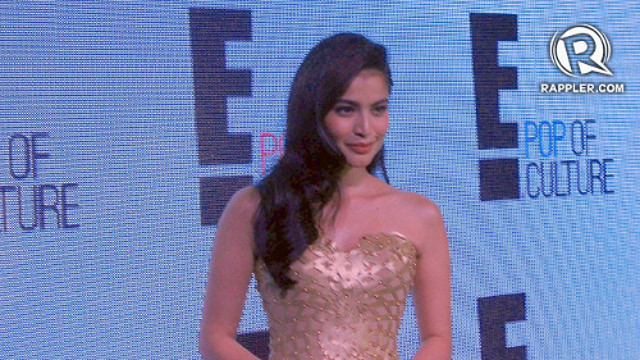 MANILA, Philippines – Anne Curtis turned to Twitter to respond to a report alleging that she was thrown out of an upscale club for bad behavior last November 23, a Saturday night.

“Commotion” followed the slapping incident before arguing parties were “ushered away” and Curtis was “escorted out,” Isaac told PEP.

Curtis responded via a series of tweets Sunday night, admitting to what she described as “unfortunate events” and apologizing for “letting her fans down.”

“For those who have read about the issue, yes, most of it is true. I admit to that & I have apologized to all parties included immediately.”

The popular actress said she was on a “juice cleanse” and “had one too many drinks.”

While the actress didn’t go into details she hinted that the incident was started by someone else and that both parties have privately settled the matter.

In a statement sent to ABS-CBN, the club’s part-owner JM Rodriguez said that Privé “respects the privacy of all the celebrities, models, vips and everyone that patronizes our establishment.” The club will issue no further statements on the incident. Below is Curtis’ statement in full:

Hey everyone. I will be making my official statement now & after this, I will not be giving any interviews about this issue anymore.

I choose to do this right away because I’ve always been an open book & I don’t like to hide anything.

For those who have read about the issue, yes, most of it is true. I admit to that & I have apologized to all parties included immediately.

When I was told of my behavior AND the person who started all of this, due to this persons inappropriate behavior, apologized to me too. Just as I did. Which I accepted too. I choose not to go into detail because I’m not the type to ruin someone else’s name.

Now.. I had been on the super popular juice cleanse for 3 days & attended my best friends bachelorette that night, had one too many drinks which led to some of these unfortunate events. That’s why they say ‘Drink in moderation’. I will charge it to experience & a lesson learned.

I’m sorry if I let any of my fans down…. As you all see, I’m just like any other person that makes mistakes in life. Thank you to everyone that has messaged me about their support. With where I am today I owe all of you my honesty. Good night. – Rappler.com