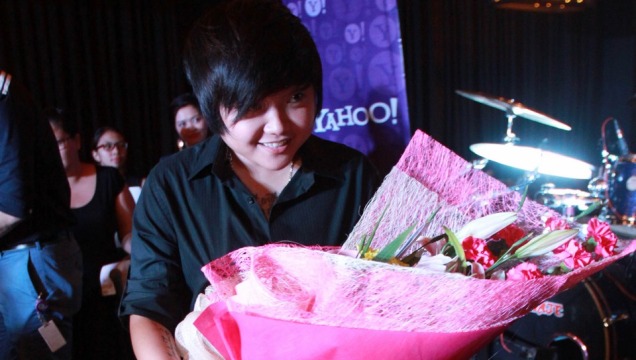 According to the report, Pempengco lent her singing voice for the film’s theme song “Right Where I Belong.”

The singer, however, said she almost lost the project after she revealed she was a lesbian. “I came out…I almost lost it but they didn’t give up on me. They were scared, siyempre kasi ‘di ba ang audience is mga kids, ganyan, but they realized na the story of being who you are is very beautiful and that’s why they chose me,” she told ANC.

News that Charice was working on a US animated film first surfaced in June 2013, shortly after Pempengco revealed she was a lesbian. Pempenco did not announce the film’s title, but hinted at the project.

In noontime show Showtime on February 1, Pempengco promoted The Swan Princess, urging people to support her by buying the DVD copy, to be released on February 25.

According to the Blu-Ray site, the film is set for online and DVD release across the US. The film is the 5th installment in the Swan Princess fantasy film franchise, which began in the ’90s. In the latest film, the Royal Family adopts a young girl named Alise, who, by some twist, is taken to the forest. Princess Odette and Prince Derek go on a quest to help her return home.

In the past, Pempengco appeared in US TV show Glee as exchange student Sunshine Corazon. The singer, who shot to international fame after appearing in US talk show TheEllen DeGeneres Show, has also collaborated with singer Iyaz.

Watch a teaser for the film here: