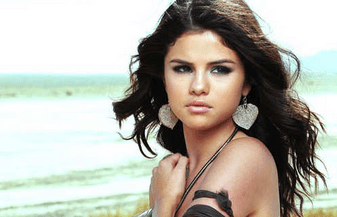 WASHINGTON, United States of America — Selena Gomez’s self-named perfume proved to be quite a group effort as fans helped pick the notes through an online contest.

The procedures were simple: pick a note and get a chance to win a trip to New York.

The fans chose the winning notes: Raspberry (55% votes), Purple Freesia (52% votes), and Vanilla (72% votes). The perfume will be available at Macy’s this month.

The winning fan’s name has not been announced yet, but the poster for the fragrance has already surfaced.

Gomez has this to say about the photoshoot: “The water is actually lit from underneath, so (the light) made it look pink and purple, like the colors of the bottle. I wanted it to look like I was swimming in my fragrance … I don’t really understand why I decided to be underwater (in the ad), but it looked cool!” – Rappler.com