‘The Apprentice’ is now a family affair

May 10, 2012 7:31 PM PHT
Rappler.com
Facebook Twitter Copy URL
Copied
Donald Trump and kids are as competitive with each other as they are loving 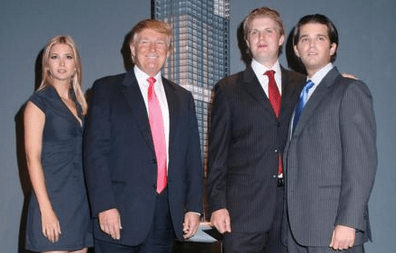 WASHINGTON, United States of America – “The Apprentice” may as well be called “The Trumps.”

The reality show, running on its 12th season, has evolved to include 3 of Donald Trump’s kids: Ivanka, Donald Jr., and Eric.

They admit to being raised competitive towards each other, but Donald Jr. says working with his siblings is “a lot of fun. The show’s just great.”

When asked about what it’s like to work for and with their dad — known for being opinionated and tough — Ivanka says, “You actually see how he is as a boss … (He) sets the bar very high and expects people to leap over it.”

Eric, meanwhile, runs his own foundation for children battling life-threatening and debilitating conditions — when he’s not cooking, that is.

The Trump children are known for their mild manners and down-to-earth attitude, something Donald Jr. credits his mom, Ivana, for.

“She kept us grounded, teaching us her European manners,” he says.

Ivana Trump, a former Olympic athlete, is from the Czech Republic. – Rappler.com