Mar 2, 2014 10:17 PM PHT
Rappler.com
Facebook Twitter Copy URL
Copied
Navarro's camp emphasizes that this is no laughing matter and that these accusations must be dealth with appropriately. Meanwhile, conflicting details on the current cases emerge 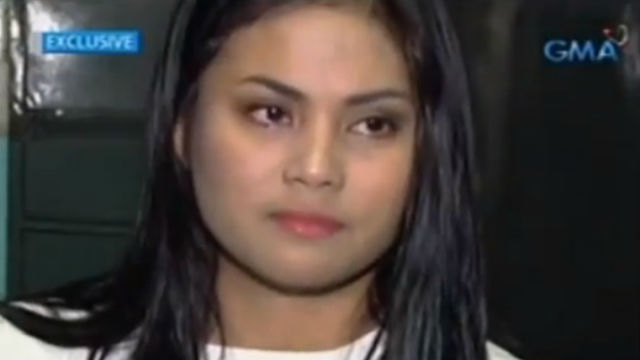 MANILA, Philippines – Comedian Vhong Navarro’s camp revealed that they are set to file perjury and libel charges against Roxanne Acosta, a former beauty pageant contestant who accused Navarro of raping her in 2010, reported Buzz ng Bayan.

On February 19, Acosta filed a rape case against Navarro, claiming the actor allegedly raped her in his vehicle in 2010, some time after they met at noon time show Showtime, where Navarro served as a co-host and Acosta as a guest along with other beauty pageant contestants.

Several details of the case have emerged, but details such as the exact date and location of the rape have made headlines for apparent inconsistencies. Acosta’s legal counsel Virgilio Batalla recently spoke to the media, saying the alleged incident did not necessarily happen on April 24, as other reports indicated.

April 24 is significant because Vhong Navarro was said to be performing with comedian Vice Ganda at an out-of-town concert in Cavite. Vice Ganda, real name Jose Marie Viceral, swore by this account last Wednesay February 26.

In the previous GMA interview, Batalla explained that his client was under the impression that she and her fellow candidates were staying in Astoria Plaza instead of Millenia Suites.

In a recent interview aired on Buzz ng Bayan on March 2, Navarro’s legal counsel Alma Mallonga reiterated that the issue is not a joking matter.

“Unang-una, ang reklamo hindi lokohan, huwag tayong magbiro, hindi ‘to biro. Nanumpa ka, napaka-ispesipiko mo sa oras, panahon, lugar, ano ‘to, lokohan?” Mallonga said. (First of all, a complaint is not a joking matter, let us not joke around, it is not a joke. You swore on your statement, you were very specific with the time, date, place, what is this, are we fooling each other?)

Mallonga furthered that she believes Acosta’s camp is adjusting to pieces of evidence that have emerged. She noted that Acosta’s camp cannot claim that the alleged rape happened at “any time” among a series of dates.

“Tingin ko napako sila, may lumabas na mga ebidensya, ngayon, naga-adjust sila. Pero huwag mong sasabihin na yung reklamo nila pwedeng any time from April 24 to 27, hindi ‘yon totoo.” (The way I see it, they are in a tight spot, pieces of evidence emerged, now they are adjusting. But they should not say that their complaint can be any time from April 24 to 27, that is not true.)

“Hindi kami bulag, nabasa ko, hindi ako tanga, naintindihan ko nakalagay don,” said Mallonga referring to the complaint by Acosta’s camp. (We are not blind, I read it, I am not an idiot, I understood what was written there.)

Aside from the situation with Acosta, the other Navarro-related case, filed by Deniece Cornejo, is drawing public scrutiny, following the recent filing of a counter-affidavit by her camp.

On January 29, a formal rape case was filed against Navarro for allegedly raping Cornejo in her Forbeswood condominium on January 22. Cornejo and businessman Cedric Lee claimed the actor was beaten up while they were defending Cornejo.

Navarro, however, refuted this, saying he was a victim of extortion and was threatened and beat-up by Cornejo and Lee’s camp.

In a counter-affidavit submitted February 21, Cornejo said that she was raped twice by Navarro – the first time, on January 17. This was later cited by Mallonga in an earlier report as one of 3 instances where Cornejo committed perjury. Mallonga previously said that they were also planning to file libel and perjury charges against Cornejo and businessman Cedric Lee.

However, in an earlier interview, Cornejo’s lawyer Howard Calleja told Rappler that the new information on their counter-affidavit does not contradict the account on their first affidavit regarding the case. According to Calleja, information regarding the alleged rape on January 17 was not included in their first affidavit, but the said statement “[did] not say that nothing happened.”

At the moment, Cornejo, Lee, and his group are facing charges for serious illegal detention, serious physical injuries, grave threats, grave coercion, unlawful arrest, and “threatening to publish and offer to prevent such publication for a compensation,” filed by the National Bureau of Investigation.  – Rappler.com