Will Jessica Sanchez become the next American Idol? 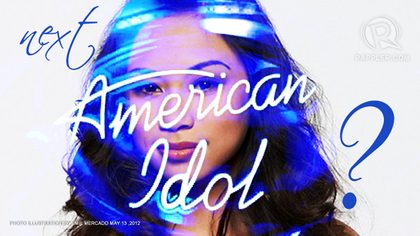 MANILA, Philippines – Sixteen-year-old Jessica Sanchez is one step away from the finale. Could she be the first Filipino-American to battle it out in the final sing-off, or even better, become the next American Idol?

Next week’s 3-way battle will not be easy for Jessica. She faces tough competition with tween girls’ heartthrob Phillip Phillips and judge favorite Joshua Ledet.

Jessica had a very strong start, but something crucial happened along the way—she nearly got eliminated and was only redeemed by the judges’ save. Since that stumble, the usually energetic girl who effortlessly oozes out star quality has seemed to have lost confidence and spark. Also, she faced criticisms for song choices that some felt odd for her age and some even opined her lack of life experience explains her lack of emotional connection in some of her performances.

Meanwhile, Phillip, who perfectly fits the mold of the past winners, coast from week to week, escaping the bottom 3 or two even in his worst nights. He has never been in the bottom (the final 4 results show did not specifically reveal a bottom 2), indicating a very strong and loyal fan base.

Joshua, on the other hand, has gained tremendous momentum with much help from the judges who apparently believe he can do no wrong. He easily gets standing ovations and lavish praises with no restraint in the superlatives.

If Jessica’s still keeping a trick up her sleeve, the top 3 round is the perfect time to go on and use it.

The challenge now lies in the song choices and how she will perform and connect with these pieces. Good thing the burden of the song choice does not solely rely on her – she’ll get a little help from the judges on her first song and music mogul and resident mentor Jimmy Iovine on the second. Jessica only needs to find her perfect third song, a song of her own choice.

A lot of observers are now comparing Jessica’s Idol journey with that of Jasmine’s that ended in third place. But there’s hope that Jessica could surpass that feat.

They reached the top 3 under very different circumstances. The night before the top 3 announcement, Jessica fought her way with big songs that earned her praises from the judges and the critics.

In contrast, Jasmine stumbled in her Top 4 night performances, shedding tears after the critique from a meaner judging panel. The elimination of perceived better singer La Toya London the following night led to boos from the audience and a backlash from the public who thought Jasmine got by through sympathy votes and bulk votes from her home state Hawaii.

Jessica has held her own, regaining her lost frontrunner status little by little. By top 4 night, she still has the backing of an army of believers that include music industry luminaries, and of course, the best fans in the world, Filipinos.

During Jasmine’s time, there were no Facebook, Twitter and YouTube where Pinoys can crazily rally and mobilize for support. Now, any fan can easily send tweets to @JsanchezAI11 (the most-followed AI 11 Twitter account by the way), and create online buzz for the singer by dominating Twitter’s trending topics charts for example. But the best social media help Jessica got from Pinoys is the good old fashioned Pinoy “kulit” of encouraging, forcing and begging US-based friends and relatives to vote.

Jessica is now the David against two Goliaths, but that’s not necessarily a bad thing.

She’s the youngest singer, the only girl, and the comeback kid in the top 3—making her the new underdog at this stage. And we hope this position works to her advantage.

The other two have been constantly and consistenly praised by the judges in the weeks leading to this final stretch, while Jessica has been criticized for being too old or mature. She’s been asked about this in interviews and she just said she trusts her guts that she needs to tackle big songs. Contemporary tunes just aren’t big songs for her. They could have looked at this differently (like how Jessica, a teenager, can carry tunes way beyond her years), but the focus was put in how she’s being old-fashioned.

Some of the contestants were praised for “staying true to who they really are as an artist,” but Jessica was being nudged away from the type of music she likes. But she did not relent. It paid off when she did the Etta James and Jennifer Holiday combo. Heck her magical “I Will Always Love You” and “You Are So Beautiful” moments weren’t because of modern pop songs by young artists either.

Can Jessica win the competition? Anything is possible, especially now in probably the most unpredictable Idol season yet.

With some Idol fans raring to elect a girl to win, with the show’s penchant for drama like an underdog’s victory, with music industry people seeing her potential and with the support that Jessica is getting from who’s left of the fans she got after “I Will Always Love You,” there is a chance that the next American Idol could be that last girl standing that’s being cheered on by a distant country that watches her religiously, albeit on a different time zone. – Rappler.com