MANILA, Philippines – If the fanbase in social media would be the basis for winning the American Idol contest, then Filipino-Mexican bet Jessica Sanchez is sure to win by a big leap.

Two weeks before the finale of the American hit singing competition, remaining Top 3 contestants Sanchez, Joshua Ledet, and Phillip Phillips are left to vie for the title in the show’s 11th season.

And based on online fans and followers, Sanchez, the remaining female contestant in the competition, is edging out her two male competitors.

In Facebook, Sanchez got more fanpage dedicated to her than the other two contestants. Some of these pages even exceeded the thousand mark for “likes”. Other fanpages are dedicated to two contestants, but still with Sanchez in them.

Both Phillips and Lebet got fewer fanpages, with only two or 3 pages garnering thousands of “likes”. 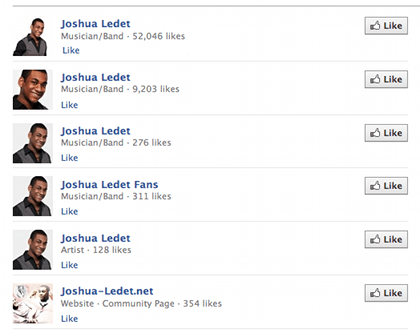 These official Facebook fanpages help boost votes for the candidates. Each fanpage links to an app where voters can cast their votes online. Voting is being opened for at least a day at the end of every performance night. The following day, the contestants who garner the highest votes stay in the competition, while the one with the lowest votes is eliminated.

On the microblogging site Twitter, Sanchez also leads the fanbase race. Searching the name of Sanchez would yield to a longer list of pages dedicated to her than the other two contestants.

The contestants also have official American Idol twitter accounts. As of Sunday, May 13, each remaining bets have the following number of followers:

Even for Twitter hashtags used by fans, Sanchez’ remains the most commonly used. According to hashtagify.me, the Idol bets have these popularity rates:

Video sharing site Youtube is also dominated by Sanchez fans. There are 20 Youtube channels dedicated for the female contender, while there are 5 channels for for Phillips. No Youtube channels are created for Ledet.

In terms of number of online followers, Sanchez is a clear frontrunner among the Top 3 contestants. But this lead does not ensure her of the chance of winning in the competition.

A day before the April 19 elimination for the Top 7 contestants, a blogger noted that Colton Dixon registers the highest online fanbase among the remaining contestants. Despite the huge online following, Dixon got the lowest number of votes and was the 5th to be eliminated from the show.

The challenge for Sanchez’s online fans then is to convert their virtual fervor into what matters the most — votes for their 16-year-old idol.

Next week’s 3-way battle will not be easy for Sanchez, who is considered the underdog now against Phillips, the tween girls’ heartthrob, and Joshua Ledet, the judges’ favorite. – Rappler.com