‘How I Met Your Mother’ ends, gets mixed reactions from fans

Apr 1, 2014 3:59 PM PHT
Rappler.com
Facebook Twitter Copy URL
Copied
The TV series, which had fans guessing for the past 9 years, finally comes to an end 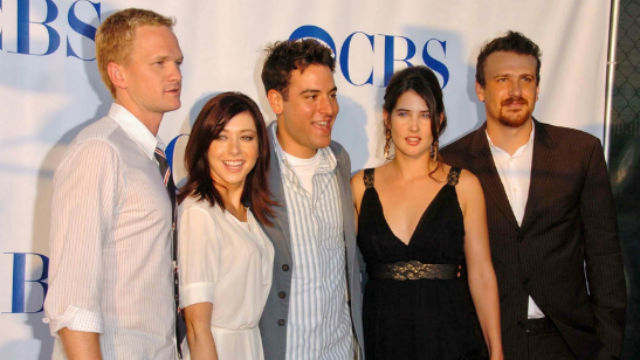 MANILA, Phiippines – The highly anticipated one-hour finale of TV series How I Met Your Mother, signifies the end of an era.

It aired on March 31 in the United States and caused fans of the show to laugh at witty and funny scenes the show is known for, experience a bit of a shock in some of the plot twists, and even shed buckets of tears in some of the scenes.

The series began in September 2005 and for 9 long seasons, everyone waited to finally meet “The Mother” of Ted Mosby’s (Josh Radnor)  children. Ted painstakingly narrated to his children in the year 2030, the long story leading up to how he met their mom. In the 9th and final season, fans were treated to scenes of The Mother meeting everyone – Marshall (Jason Segel), Lily (Alyson Hannigan), Barney (Neil Patrick Harris), and Robin (Cobie Smulders).

The 9th season saw the cast gathering out of town for Barney and Robin’s wedding, with the whole season leading up to the big meet-up between the mom and Ted.

Finally, in the last episode, Ted meets Tracy McConnell (Cristin Milioti) on the train platform in scenes which were only teased in earlier seasons. (READ: ‘How I Met Your Mother’ presents Mother finally)

Last year, Milioti was interviewed by The New York Times, to whom she told the story of her getting the part – through a Skype meeting with How I Met Your Mother creators Craig Thomas and Carter Bays and some test runs. Milioti and the character she played easily became lovable to the fans, making it harder to see the series end.

This is why twitter was created. So all of us can come together to hate on the #HIMYM finale.

I feel personally victimized by the creators of #himym

I put up with Ted telling the story of how he met his wife for ten years, and then you end it like that?! I’m livid. #HIMYM

The best spoiler alert would have been if someone had told me nine years ago not to watch this show. #himym

But some fans felt that the ending brought the series to full circle.

The writers have outdone themselves for the finale, pure perfection #HIMYMFarewell

Crying my eyes out. Best series finale ever. #HIMYMFarewell

Stars of the show, meanwhile, also took to Twitter to thank the fans that stayed with them for the past 9 years.

Thank you to everyone who worked on HIMYM and to the fans who kept us on the air for the last 9 years!!! What a wonderful ride!

Been so overwhelmed in the best way by all the HIMYM love. Beyond grateful to have been a part of a show that’s meant so much to people.

To all who helped create #HIMYM, well played. To all who enjoyed watching it, I respectfully request the highest of fives. #thanks

Alyson Hannigan, who plays Lily, also revealed that the mysterious “Pineapple Incident” which happened on the first season’s 10th episode and was repeatedly referred to throughout the series will be explained in the last season’s DVD edition.

“@heartbreakliam: @alydenisof do we ever find out where that pineapple came from???” Apparently the DVD

And if you still can’t get over the end of the series, there’s no need to worry as a spin-off is on the works. (READ: Casting underway for ‘How I Met Your Mother’ spin-off)

Are you a How I Met Your Mother fan? What did you think of the series finale? Let us know in the comments section below. – Rappler.com