Miranda Kerr opens up on sex and exploration 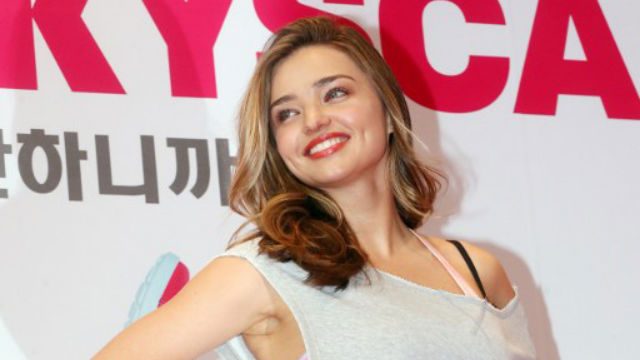 Facebook Twitter Copy URL
Copied
Now that she's back on the market, Miranda Kerr says she's willing to try anything and explore further

Huffington Post reports that in an interview with British GQ, Kerr said: “I appreciate both men and women. I love the female body and truly appreciate the female form,” adding “I want to explore. Never say never.”

However, though Miranda is open to exploring the other side of her sexuality, she admitted that there are certain qualities she likes about men. “I definitely need a man in the bedroom, however – a nice strong chest to lie on.”

Miranda revealed in the same tell-all interview her naughty side, hinting that she’s a member of the Mile-High Club. “Let’s put it this way, I’ve had an orgasm in the air before. Alone. And together.”

Miranda says that she and her ex Orlando Bloom had great chemistry. And though Miranda can be naughty, she says that one night stands aren’t really her thing. In fact, she made Orlando wait for 6 months before kissing him back when they were starting out.

After the split with Orlando, Miranda admits that the lack of sex meant that there was less exercise for her. “One thing I’ve noticed is now that I’m having less sex my body isn’t as toned. The more sex I have, the more defined my arms and stomach get.”

But the new GQ cover and spread dedicated to the model shows that Miranda is as fit as ever.

Miranda is currently dating and says that she is loving the arrangement. She and Orlando remain good parents to their son Flynn, who she says understands the situation.

The couple broke up after 6 years of being together but promised to have a good relationship for the sake of their son. – Rappler.com