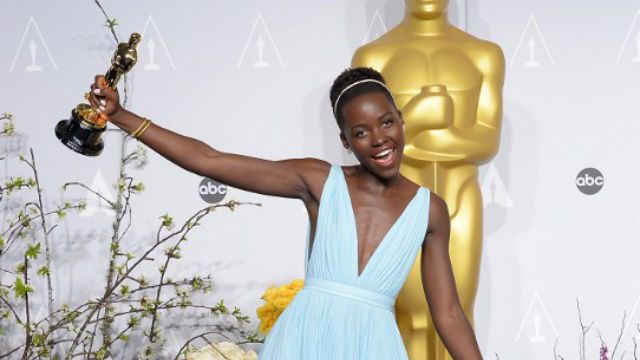 PARIS, France – First came critical acclaim, then Hollywood A-list status and a best supporting actress Oscar for her portrayal of an abused plantation worker in the film “12 Years A Slave”.

Now, Kenyan actress Lupita Nyong’o can add that other must-have role for any modern actress – brand ambassador – to her repertoire.

Nyong’o is to join Julia Roberts, Kate Winslet, Penelope Cruz and Lily Collins as a brand ambassador for the luxury cosmetics house Lancome, the company said on Friday, April 4.

In just a year the 31-year-old actress has risen from relative obscurity to international stardom. She received a standing ovation at the Oscar ceremony in Los Angeles earlier this month.

Born in Mexico – the source of her Spanish name, and where her father taught political science at university – she grew up in Kenya as the second of six children.

Announcing her appointment, Lancome described Nyong’o as “talented and committed” and “true to her African beauty”.

An essential part of the marketing strategy of luxury companies, brand ambassadors are regularly seen on red carpets at film festivals and fashion shows. – Rappler.com