The Obamas and divorce 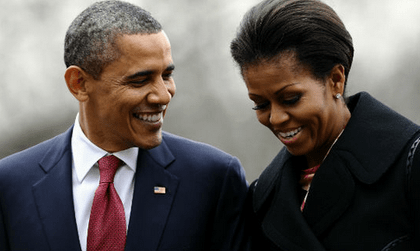 This, according to former New York Times editor-in-chief Ed Klein in his new book, The Amateur. The book reportedly says that, after Obama’s “humiliating” defeat in the Chicago congress (then-homemaker Michelle was heavily against her husband running), the couple had divorce papers drawn up.

Another conflict said to be written about in the book is the one between “Queen O” (or Oprah Winfrey) and “Mrs. O” (or Michelle Obama). Extra reports that Klein wrote in the book about how jealous Michelle was of the “queen of talk” during the 2008 campaign, when presidential candidate Barack would take Oprah’s advise over hers.

There were apparently late night phone calls between Oprah and Barack.

But the ever-graceful First Lady does not flinch.

“Marriage is hard. But going into it no one ever tells you that,” she says. – Rappler.com