Hayden reacts to PRC decision on his license, Katrina moves on 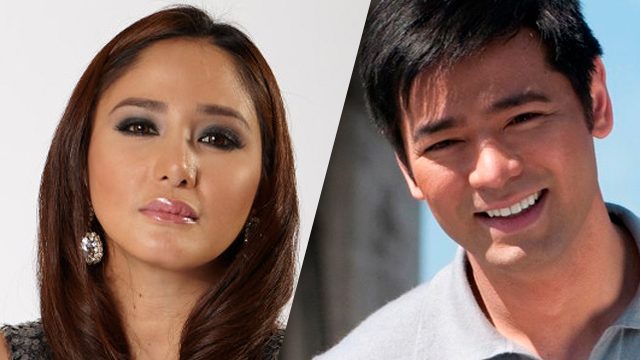 Facebook Twitter Copy URL
Copied
Hayden Kho says at one point, he was heartbroken that he could no longer practice his profession. Meanwhile, Katrina Halili says that she's happy about the good news for Hayden

In an interview with The Buzz on Sunday, July 20, Kho, who just came back from  London, said that there was a point when he was not expecting to get his license, following the scandal in 2009, when a sex video of him and actress Katrina Halili went viral on the Internet.

“For a while, I already gave up that I’ll ever get my license back. In 2009, when they told me ‘You can no longer practice as a doctor,’ it really broke my heart. I thought that was permanent. I was not really expecting anymore,” he said.

The one-time actor and businessman admitted that the PRC’s decision was a surprise, since he was out of the country. He also said that he has yet to see the papers, since it was only given to his parents.

“Honestly I don’t know how it works. In fact, I haven’t even seen the papers that were sent to my parents’ house. I just arrived so hindi ko pa nakikita. Pinadala lang ng mom ko ‘yung pictures,” he said.

(I just arrived so I have not seen it yet. My mom just sent me the pictures.)

Kho also said that he is at the best place of his life, finding “sense of peace, a sense of security, that no matter what happens, its always for the good.”

Kho is also grateful for two women in his life – Dr. Vicky Belo and his mother, who stood by him during the times he was lose.

Although he and Belo are no longer in a relationship, Kho said that they are good friends. As for his mother, he is very grateful for her love.

In a previous interview also with The Buzz, Board of Medicine head Dr. Miguel Noche Jr. said that the reason why they decided to give Kho’s license back, was because he showed good behavior and that the mandatory two year waiting period had already expired.

Meanwhile in an interview with Startalk on Saturday, July 19,  actress Katrina Halili commented about the decision.

(When I found out, of course I was surprised right? Then afterwards, I just decided to be happy for him.”

She also said that she would rather focus on other things, and that she doesn’t want any negativity in her life.

(I’m happy for him. He has the right to be happy right? I would be selfish if I did not want him to be happy.)

Halili, who is now in a relationship with singer Kris Lawrence, has a daughter named Katy. She is currently seen in the GMA-7 drama Niño. –Rappler.com