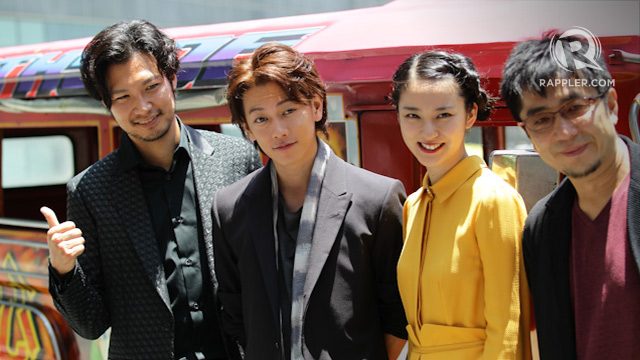 MANILA, Philippines – In the country for a short visit, the cast of Rurouni Kenshin as well as the film’s director have also been appointed as “cultural friendship ambassadors” by the Makati City Council on Thursday, August 7.

Short but sweet, the program included an exchange of gifts, as the cultural friendship ambassadors were presented with locally woven shawls. They in turn presented the officials with yukatas, often worn by Japanese in the summer. 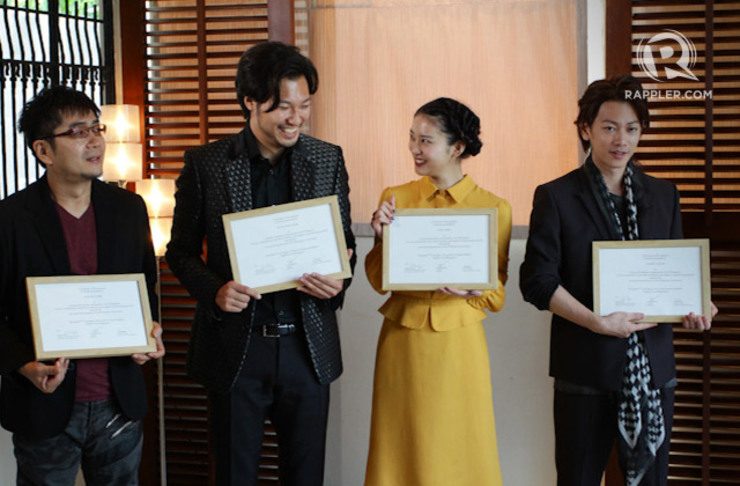 Not without its share of mirth, the quiet was broken when Kenshin Himura actor Takeru Satoh encountered a bit of difficulty opening his gift. “Oro?” he said, a nod to one of his character’s favored expressions.

He later expressed his gratitude with regard to the event. “Thank you so much for gathering today. I’m truly happy and joyful that we were able to bring our movie to the Philippines,” he said. I’m lost for words at the warm and really passionate reception we received from the fans and the Filipino community…I hope that starting with Rurouni Kenshin, we will be able to bring more and more Japanese movies to the Philippines…please do support our movie.”

Following the program, the guests went outside for a photocall, where the Japanese celebrities were shown a Rurouni Kenshin–themed jeepney.