Aug 18, 2014 1:15 AM PHT
Rappler.com
Facebook Twitter Copy URL
Copied
Some Davao officials are not happy about this, and they are speaking up 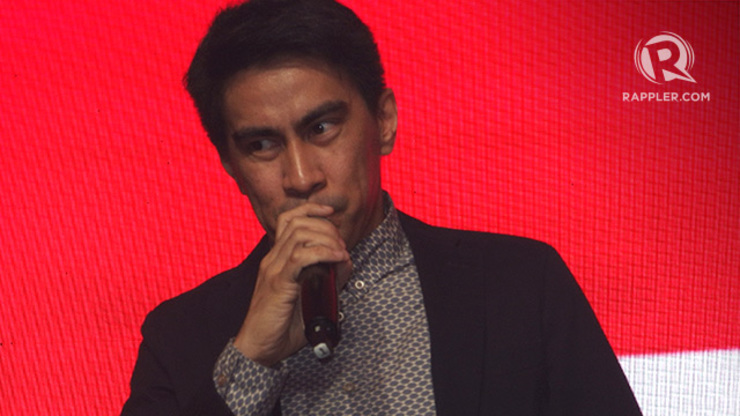 MANILA, Philippines – Comedian and YouTube sensation Ramon Bautista apologized to a crowd in Davao City, after he made a remark describing people in the city as “hipon” (prawns) during an event celebrating the Kadayawan Festival, Saturday, August 16.

“Ang daming hipon dito sa Davao,” Ramon said according to the video uploaded on YouTube.  (There are so many prawns here in Davao.)

According to a report by GMA News, the remark prompted Davao City Vice Mayor Paolo Duterte to call the attention of the comedian. Duterte talked about it via his Facebook page.

Duterte said he made it clear to the comedian that his comment was disrespectful especially to the women. Ramon apologized and promised not to repeat the act. Ramon eventually went up on stage and said sorry at the party.

“I’m here in front of you to say my apologies because sinabi ko ang daming hipon dito. Oo nga, nahihiya po ako sa inyo (Yes, I am very embarrassed) because you welcomed me in your beautiful city. Andito po ako lagi at nag-e-enjoy po ako dito. (I am always here and I really enjoy here.)

Para masabi ko po yung mga na marami sa inyo ang na-offend, I’ll say my sincerest apologies, sana po matanggap niyo. (For me to say what offended many of you, I’ll say my sincerest apologies, and I hope you will accept it) Andito po ako para makisaya sa Kadayawan Festival at para maging enjoyable ang gabing ito. (I am here to enjoy the Kadayawan Festival with all of you.)

From the bottom of my heart, sobrang nahihiya po ako sa inyong lahat. Sana mapatawad niyo po ako. Mahal ko po kayong lahat,” he said.  ( I am very embarrassed and I hope you will forgive me. I love you all.)

The word “hipon” is often used as a kind of joking insult, meaning that one has an attractive body, but a less than attractive face. The edible portion of the prawn is covered by a smooth shell, while the head is usually not consumed.

Meanwhile Sara Duterte, the former mayor of the city, was not very happy despite the apology issued.

“Attended this Kadayawan Invasion and heard this (Ramon Bautista) guy say “hipon” ang mga babae sa Davao (women in Davao are prawns). Pila sa ako mga fb friends ang konsehal (many councilors are my Facebook friends)…if you do not call out this guy as a persona non grata, your doing a disservice to women all over!! P at F to you Ramon Bautista! bisita ka lang, gumalang ka! (You’re a visitor, show some respect.)” she said in a statement in her Facebook page.

She also posted a screen shot from Bautista’s Instagram account of a photo of the celebrity at the party with three girls with profane words written on their foreheads.

(That’s your Ramon Bautista. He disrespects women. Calls women ‘prawns’. While he looks like a fungus from the droppings of prawns. Just you wait!)

Davao Mayor Rodrigo Duterte, the father of Paolo and Sara Duterte, on Sunday said that he cannot blame Paolo for immediately confronting Bautista.

“I do not blame him because if I was there I might slap that guy,” the mayor said.

Duterte reminded the people, most especially those who are visiting Davao, to be careful on what they do and say so that they will not offend the residents.

He added that his campaign to safeguard the people of Davao is not just about physical security but also the protection of their dignity most especially the indigenous peoples and the Moros.

Maximum penalty includes a fine of P5,000 and imprisonment for 15 days.

Aside from being an Internet sensation and comedian, Ramon Bautista is also a professor and an author of the book Bakit Hindi Ka Crush ng Crush Mo. – With reports from Karlos Manlupig/Rappler.com