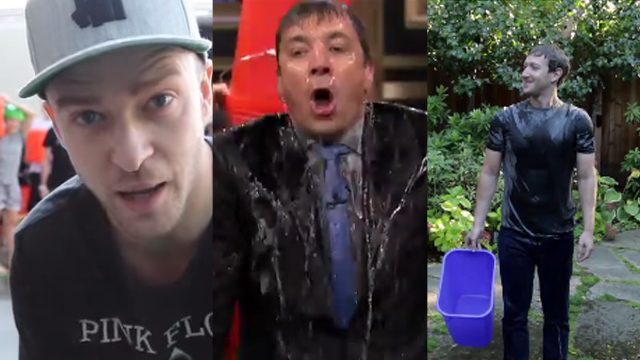 WASHINGTON, USA – Facebook founder Mark Zuckerberg has become the latest celebrity to be doused by a bucket of ice-cold water – and now he wants Bill Gates to follow suit.

Aimed at raising awareness and cash for the fight against Lou Gehrig’s disease, the Ice Bucket Challenge has become a viral craze in the United States in recent weeks.
It involves celebrities soaking themselves in icy water before challenging other well-known personalities to do the same – or else make a donation to the ALS (amyotrophic lateral sclerosis) Foundation, which heads the fight against Lou Gehrig’s.

Zuckerberg, who was nominated for the challenge by New Jersey Governor Chris Christie, laughed as he tipped the ice over himself before daring Microsoft titan Bill Gates, to do the same.

“You guys have 24 hours to complete the challenge or you have to donate to the ALS foundation – or both,” he said.

Even the 86-year-old widow of Robert Kennedy, Ethel Kennedy, has taken the challenge – urging President Barack Obama to follow suit. Obama declined, but made a donation instead.

According to the ALS, the scheme has raised $5.7 million since its launch on July 29.  – Rappler.com