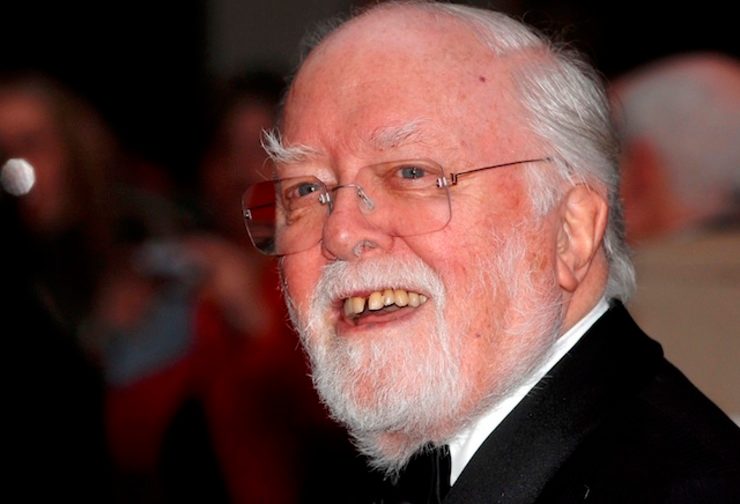 Facebook Twitter Copy URL
Copied
Attenborough, who appeared in movies such as "Brighton Rock", "The Great Escape" and "Jurassic Park", in a career spanning six decades, died on Sunday lunchtime

“We are deeply saddened to learn of the passing of esteemed filmmaker and former BAFTA President, Lord Attenborough,” the organization said in a statement.

“A titan of British cinema, to say he embodied its finest qualities is to have it backwards. British film would do well to live up to the example of industry, skill and compassion set by Richard, Lord Attenborough,” the organization said.

Attenborough, who appeared in movies such as “Brighton Rock”, “The Great Escape” and “Jurassic Park”, in a career spanning six decades, died on Sunday lunchtime, his son told broadcaster BBC.

“His acting in ‘Brighton Rock’ was brilliant, his directing of ‘Gandhi’ was stunning – Richard Attenborough was one of the greats of cinema,” British Prime Minister David Cameron wrote on Twitter.

Attenborough, who won eight Oscars for the 1982 movie “Gandhi”, including best film and best director, was born in Cambridge in 1923.

Directors Satyajit Ray and Steven Spielberg persuaded him to come out of retirement to appear in “The Chess Players” and “Jurassic Park”.

Mia Farrow was among the actors to pay tribute to Attenborough on social networking site Twitter.

“Richard Attenborough was the kindest man I have ever had the privilege of working with. A Prince,” the star of “Rosemary’s Baby” said.

“Greatly saddened to hear the great Richard Attenborough has left us. Such a wonderful and talented man,” wrote British actor Roger Moore.

A member of the British House of Lords with the Labour party, Attenborough was celebrated on Twitter by many politicians who had known him.

“Very sad to learn of death of Richard Attenborough, a fine man in every way. Proud that he was a Labour peer,” wrote Labour leader in the house Janet Royall.

Britain’s Labour party paid tribute to Attenborough, saying he “made an enormous contribution to our country and to the film industry both as an actor and a director”.

Football club Chelsea, of which Attenborough was a lifelong supporter, also paid tribute to the director.

“His personality was woven into the tapestry of the club over seven decades. He was a consistent force for good at the club, even in dark times,” the club said in a statement.

“Lord A was a thoroughly lovely and talented man who used his fame and influence for the good of the many causes close to his heart. We will always be grateful that our football club was one of them.”

The brother of famous wildlife presenter David, Attenborough had three children with his wife Sheila, who he had married aged 21.

In 2004 his daughter Jane Holland and her daughter Lucy were killed in the Indian Ocean earthquake and tsunami.

His surviving children are Michael, a theatre director, and Charlotte, an actor.

Increasingly frail after falling down the stairs at home, Attenborough moved into a west London care home with his wife towards the end of his life. – Rappler.com