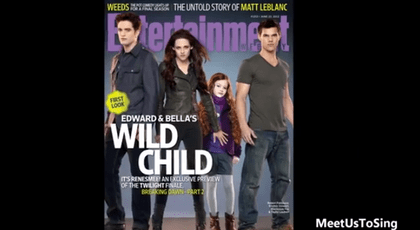 WASHINGTON, United States of America – Fans who have read all the Twilight books and watched all the movies have been waiting for this: finally meeting Edward Cullen and Bella Swan’s little half-human, half-vampire, Renesmee. Robert Pattinson (who plays Edward Cullen) and Kristen Stewart (who plays new vampire Bella Swan) appear with Foy on the cover of the latest issue of Entertainment Weekly. NY Daily News coined them “a fearsome family.” Stewart, now 22 years old, also started acting as a child, appearing in the movie “Panic Room” in 2002. Strangely, she admits that she sees a resemblance between herself and Foy.

The last installment of the saga hits theaters November 16. – Rappler.com