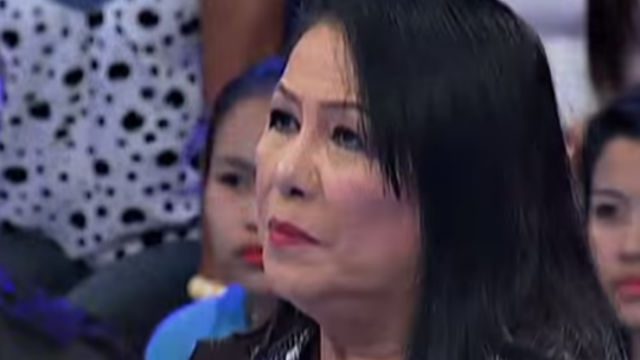 Facebook Twitter Copy URL
Copied
The actress battled a number of medical issues, particularly after undergoing a recent double bypass surgery
MANILA, Philippines –  Comedian Tia Pusit died on Thursday, October 2, nearly one month after undergoing a double bypass surgery. She was 66 years old.
According to a report from ABS-CBN, her death was confirmed by her sister, actress Nova Villa. Nova said that Tia Pusit had a number of medical conditions, including brain hemorrhage, since her operation.
Born Myrna Villanueva, Tia Pusit made headlines last year when she reportedly entered a relationship with a 27-year-old man. It was reported that they planned to marry.
According to a report from GMA News published September 6, the comedian needed to undergo a heart bypass and was suffering from kidney and blood complications.  The family sought help for her medical expenses.
Tia Pusit was last seen in the ABS-CBN show Ikaw Lamang, playing the role of Kim Chiu’s nanny.
Funeral arrangements have yet to be announced by the family. – Rappler.com